After rabbit, halal food is another alternative to pork 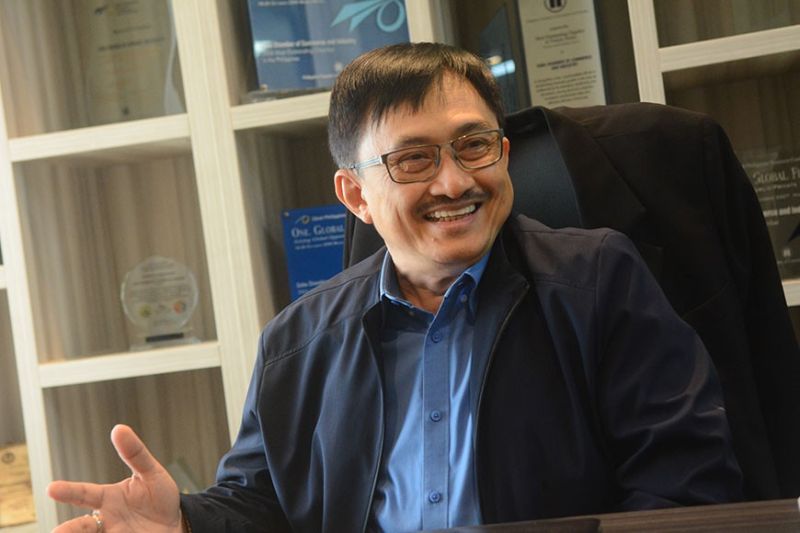 TAPPING HALAL. Cebu Chamber of Commerce and Industry president Virgilio Espeleta says the chamber will explore the opportunities in the halal industry, describing its supply-chain process to be of high-quality standards. (Sunstar File)

THE Cebu Chamber of Commerce and Industry (CCCI) is planning to send a delegation to Kuala Lumpur for the Malaysia International Halal Showcase.

CCCI president Virgilio Espeleta said such exposition is timely as the government constantly looks for meat alternatives amid the spread of African swine fever (ASF). He said it is about time to pay attention to halal food.

“It’s time to embark on halal. This is a very strategic move on the part of Malaysia since there is a growing Muslim population,” said Espeleta.

Halal means “lawful” handling of food and other products for human consumption and services permitted under Shariah Law. Food, cosmetics and personal care items, as well as hotels and restaurants are some products and services that can be halal-certified.

The Malaysia International Halal Showcase is slated on April 1 to 4, 2020.

The adoption of halal food in Central Visayas is seen to address the concerns on pork demand, as the government still struggles to contain the ASF that has been affecting the country’s hog industry, particularly in some areas of Luzon and Davao. Earlier, Agriculture Secretary William Dar also identified rabbit meat as the best alternative to pork.

Espeleta said halal is not only applicable to food but also to services. Its process is known to reduce or completely eradicate cross-contamination.

Halal food isn’t only consumed by Muslims but also by non-Muslim consumers because it has become synonymous with the highest standards of food safety.

“It’s not just food but also the process of how you do things. It’s the implementing quality,” he said.

Espeleta stressed that a balanced ecosystem of halal restaurants would also attract Muslim tourists, especially from neighboring countries like Malaysia, Indonesia and the Middle East.

He said bringing halal to the region would open a huge market in tourism.

Lopez is the chairman of the Halal Export Development and Promotion Board, a policy-making body composed of public and private sector representatives.

The trade secretary said there is a US$3.3 trillion global halal market that is waiting to be tapped.

“DTI is promoting this because halal certified food products connote positive attributes such as being clean, healthy and pure. We encourage more companies to apply for halal certification because it opens more markets, so more consumers can buy their products. Some local companies are already starting by certifying their canned tuna and corned beef products,” he said.

With a total of 6,064,744 followers or 6.01 percent of the Philippines’ total population, Islam is the second largest religion in Mindanao, based on the 2015 population count, according to the Philippine Statistics Authority.