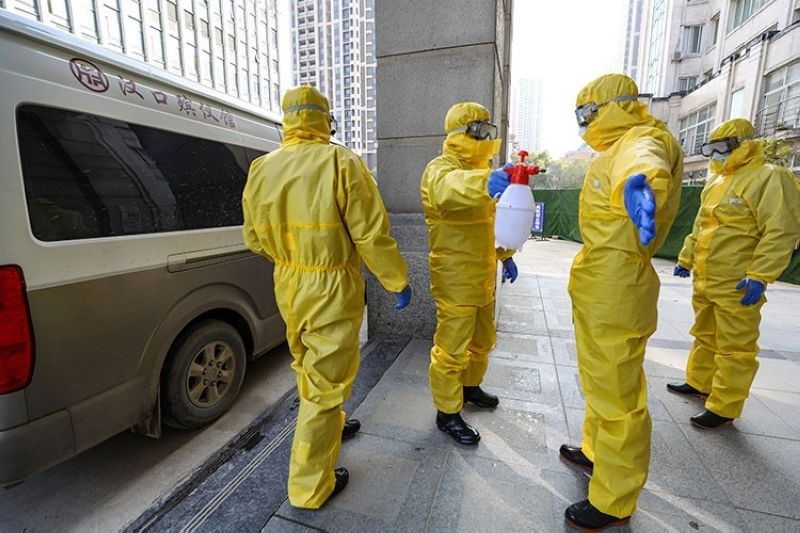 THE Filipinos who were evacuated from Wuhan, China as well as the repatriation team and plane crew who brought them home will be released Saturday, February 22, after completing the 14-day quarantine period at the Athletes' Village in New Clark City in Tarlac.

Not one of the 32 repatriates, 8 repatriation team members, 6 plane crew members and 3 ground crew members showed any symptoms of Covid-19, the respiratory disease caused by the infectious pathogen novel coronavirus.

"All the quarantined individuals have not shown signs and symptoms of fever, cough, or sore throat during their 14-day stay. They will now be allowed to go back to their respective homes and places," Department of Health (DOH) Assistant Secretary Maria Rosario Vergeire said in a press conference Friday.

The group returned to the Philippines from Wuhan via a chartered flight on February 9, 2020. They were taken to the New Clark City (NCC) upon arrival at the Haribon hangar of the Clark International Airport.

Vergeire said the DOH is also working on the repatriation of over 400 Filipinos who were on board the MV Diamond Princess cruise ship, which was quarantined in Yokohama, Japan, after some passengers tested positive for the new coronavirus.

Forty-one Filipinos on board the ship have since tested positive and brought to hospitals in Japan.

Details of their repatriation will still have to be discussed by the Inter-agency Task Force on Emerging Infectious Diseases (IAFT-EID), she added.

"You have to understand that these Filipinos weren't admitted all at the same time. So we have to consider those factors when the IATF discuss the plan and the logistics of it," said Vergeire.

Vergeire earlier said repatriation would be voluntary and only those who are asymptomatic and were found negative for the virus would be allowed to go home. Vergeire said they were looking at 460 to 480 Filipinos who will be flown home.

"They are now currently conducting this test for all of these crew members and the passengers that would be included in the repatriation. No one with symptoms will be allowed to be repatriated," said Vergeire.

She said they will be brought home in two carriers arriving three hours apart, and will be manned by medical teams, whose members will be wearing hazardous materials suit.

Upon their arrival at Clark in Pampanga, they will immediately be transported to the NCC quarantine facility.

"The same protocols that we had implemented for the Wuhan repatriation will be applied when we repatriate our countrymen from MV Diamond Princess," Vergeire said.

She said they have also increased the number of referral government hospitals to 16 in order to ensure that those who will be repatriated will be properly attended to if they develop symptoms upon their arrival.

Meanwhile, 41 new patients under investigation (PUIs) have been reported to the DOH in the last 24 hours.

According to the daily Covid-19 case tracker, a total of 139 patients remain admitted and isolated in different medical facilities, while 455 have already recovered and have been discharged.

Patients under investigation are persons who meet the following criteria: travel history to China; close contact with someone who was found positive for the virus; and have symptoms of respiratory illness.

The confirmed Covid-19 cases remained at 3, including the two patients who have recovered and have been discharged as well as one mortality. All are Chinese nationals on vacation in the Philippines. (HDT/SunStar Philippines)