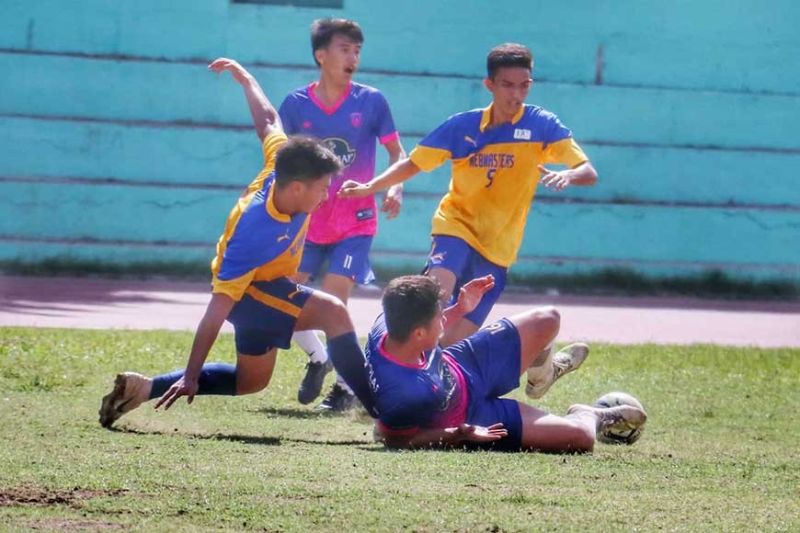 THE returning Erco Bro will try to extend its lead, while Makoto FC will be hoping the breaks go its way in the fourth week of the AboitizLand Football Cup Men’s Open Division 1 at the Cebu City Sports Center on Feb. 23, 2020.

Erco Bro, which is playing in the Men’s Open after skipping the previous two seasons, got the lead thanks to its 0-0 draw with Leylam and the withdrawal of the University of San Carlos last week. Since USC already played a game, a 5-1 loss to Leylam, prior to its withdrawal, the organizers decided to award a 5-1 win to all the teams.

The 0-0 draw with Leylam, USC’s withdrawal and its 3-0 win over the University of San Jose-Recoletos in its debut, has Erco Bro on top on seven points on a 2-1 record.

On Sunday, Erco Bro will gun for its third win against a struggling Don Sacredale, last year’s runner-up who won its first game but lost two straight to Makoto and the University of Cebu. However, thanks to USC, Don Sacredale has six points on a 2-2 record, trailing Makoto and UC only on goal difference.

Meanwhile, Makoto will be going for a third straight win against the University of San Jose-Recoletos, while defending champion Leylam FC will shoot for its second against UC.

Both Makoto and UC have two wins thanks to the USC withdrawal with Makoto taking second place owing to a goal difference of eight and UC at third, three goals behind. Leylam is fourth with a win and a draw but a win against UC could see the two-time champion jump to first provided the results in the other matches go in their favor. (PR)