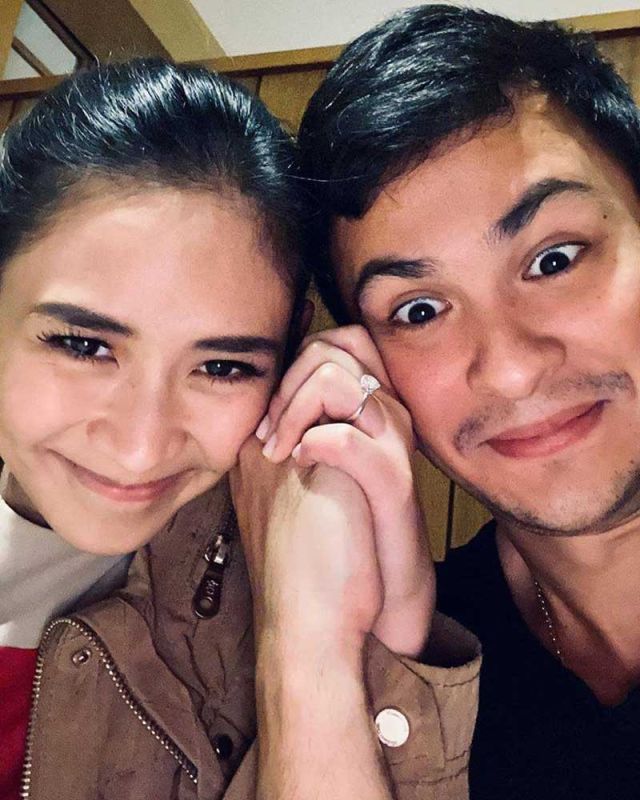 WHAT was supposed to be a secret civil wedding between celebrities Sarah Geronimo and Matteo Guidicelli blew up on social media after a close-in security aide of the singer and actress reported to the police that the actor punched him.

Jerry Cortes Tamara, 31, however, refused to file charges against Guidicelli, according to the Taguig City Police.

In a report, police said Tamara alleged that Guidicelli punched him on the throat after accusing him of informing Geronimo’s mother Divine about the wedding.

Tamara, who said he is a "family security and close in security" of the singer, said Geronimo and Guidicelli were being wed inside Shang-ri La The Fort in Bonifacio Global City at around 11 p.m. Thursday, February 20, 2020, when Divine Geronimo arrived and asked to talk to her daughter because she was not informed of the wedding.

Tamara said Guidicelli accused him of leaking information about the ceremony and punched him on the throat.

The incident was recorded in the blotter at 3:27 a.m. Friday, February 21, 2020, at the Police Community Precinct 7 in Taguig City.

"According to the reportee, he was a family security and a close in security of Sarah Geronimo. The incident took place during her civil wedding with Matteo Guidicelli @ Shangri-La, BGC," the police report stated.

"He also narrated that the fuss started when the mother of Sarah Geronimo arrived unexpectedly at the venue and asked for a moment to talk with her daughter since she was not informed of the said wedding. Upon knowing, Matteo accused and confronted the reportee as the one responsible in informing Sarah's mother of their civil wedding," it added.