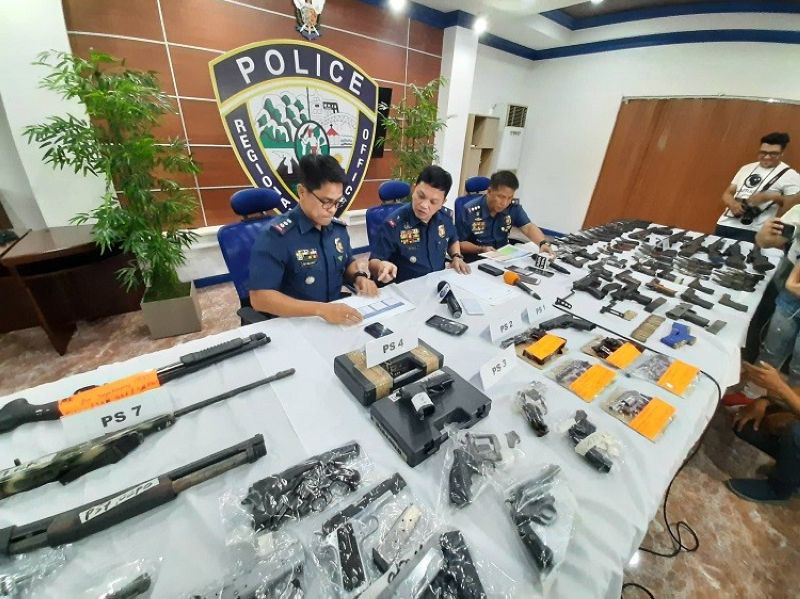 CEBU. During the operations, police were able to confiscate 289 loose firearms. (Photo by Arnold Bustamante)

AN ESTIMATED P70.7 million worth of illegal drugs were seized by police during the conduct of the Synchronized Enhancement Managing and Police Operations (Sempo) in Cebu City and Cebu province in less than 72 hours.

Police arrested a total of 483 persons during the operations, of whom 344 individuals were served with warrants of arrest. Of the 483 individuals, 280 were drug personalities: 59 high-value and 221 street-level individuals.

Of the estimated P70 million worth of illegal drugs, P60.7 million or around nine kilograms of shabu came from Cebu City.

Police Brigadier General Albert Ignatius Ferro, director of the Police Regional Office Central Visayas, said that most of the drugs were packaged inside tea wrappers. Due to its characteristics, the drugs' origin may have been Metro Manila. (AYB)