OFW remittances may be affected by Covid-19 outbreak 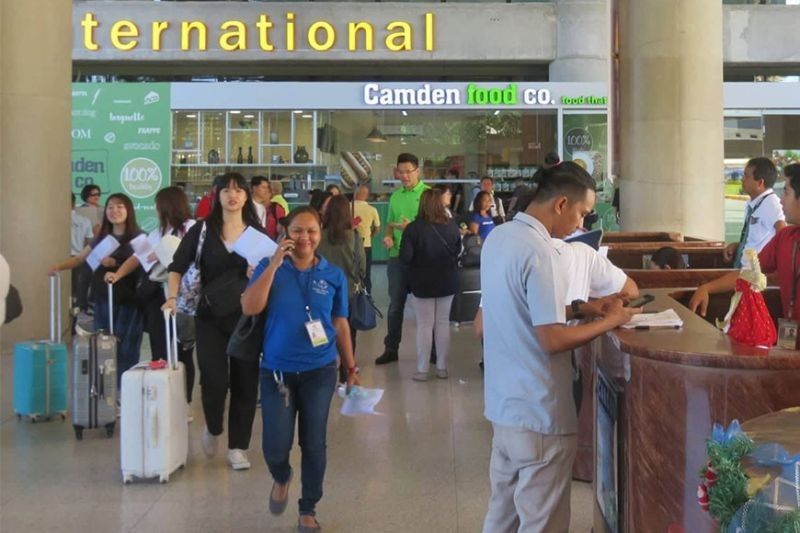 WHILE the lifting of a travel ban imposed by the Philippine government to mainland China and three other places affected by the coronavirus disease 2019 (Covid-19) hangs in the balance, the future of overseas Filipino workers (OFWs) in these territories remains uncertain as well.

Recently, the government has banned travel to and from mainland China, Hong Kong, Macau, and Taiwan in a bid to contain the spread of Covid-19.

Health Undersecretary Eric Domingo, in a recent press conference, explained only Filipinos and holders of permanent Philippine resident visas coming from these places will be allowed to enter the Philippines subject to a mandatory quarantine.

To date, Labor officials said at least some 300 Filipinos who work in China, Hong Kong, and Macau were affected by the Philippines’ coronavirus travel ban. With the addition of Taiwan, the numbers could increase in the next few days.

The Overseas Workers Welfare Administration (Owwa) has been tasked to give each stranded Filipino worker P10,000 in cash, dormitories, and food. The Department of Labor (Dole) will also pay for their airfare if they opt to go back to their provinces.

Records from the Department of Foreign Affairs (DFA) showed that there are an estimated 12,000 Filipinos working in mainland China. Taiwan has the biggest concentration of OFWs at 154,000, followed by Hong Kong with 140,000. There are 30,000 OFWs in Macau.

While the number of affected OFWs may be small at present, this could swell depending on how the global community fights the Covid-19 outbreak.

The World Health Organization (WHO) has said finding a cure to Covid-19 may take a while as it conducts deeper investigations to identify the source of this virus and to prevent further transmission from animals to humans.

WHO Director-General Tedros Adhanom Ghebreyesus disclosed on February 12 that the international body is now developing a master plan for coordinating clinical trials and ensuring “they are done coherently and consistently.”

Official data from the WHO website that as of February 12, there are 44,730 cases of Covid-19 in China, with 1,114 deaths. While outside China, there are 441 cases from 24 countries, and one death, which occurred in the Philippines.

The WHO chief warned the “outbreak could still go in any direction.” Ghebreyesus has called for international solidarity to fight Covid-19.

Meanwhile, an executive of Bangko Sentral ng Pilipinas (BSP), who asked not to be named, warned the current health crisis could affect significantly the inflow of foreign remittances by OFWs.

“Our OFWs from Hongkong, Macau, Taiwan, and China have remitted over $1 billion annually. Now that there is a travel ban, that alone will affect the historical income of $2-3 billion,” the official said.

“I hope the global fight against this virus will yield faster results soonest. Not only our health is at stake but in terms of the economy, billions of dollars stand to be lost by the Philippines based on historical data in terms of tourism and OFW income which includes our seafarers,” he added.

The Philippine Statistics Authority (PSA) estimated the total number of OFWs at 2.3 million based on a 2018 survey it conducted. Figures from the BSP showed that personal remittances from Filipinos either working or living abroad hit $3 billion in October 2019, up 7.7 percent from the $2.8 billion reported in the same period in 2018.

This brought personal remittances in the first 10 months of the year to $27.6 billion, up by 4.3 percent from $26.5 billion during the same period of 2018. The growth in dollar volume being sent home by Filipinos overseas was driven by the growth in remittance inflows from both land- and sea-based workers.

WHO’s call for global solidarity against Covid-19 has never been more apt with the death of Dr. Li Wenliang last February 7, the first to warn about the coronavirus outbreak in late December 2019 in Wuhan.

Days before his death while being treated for the deadly virus, Li said the situation could have been different had the Chinese officials acted immediately instead of censoring him and hid the information to the public.

“If the officials had disclosed information about the epidemic earlier,” he told the New York Times, “I think it would have been a lot better. There should be more openness and transparency.” (PR)