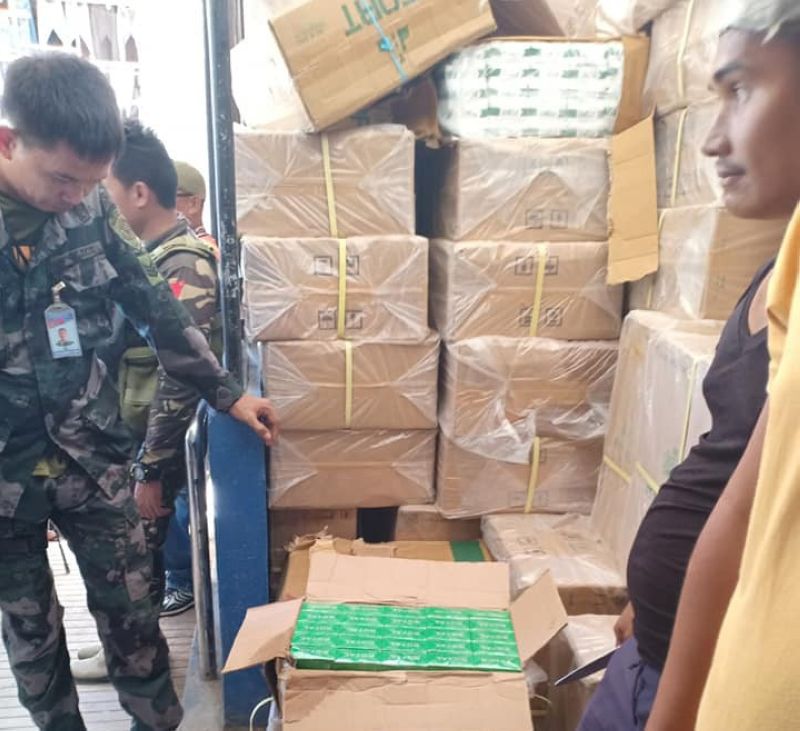 LAWMEN have intercepted a shipment of P2.4 million worth of smuggled cigarettes mixed with dried fish in a remote area in the province of Zamboanga Sibugay, a police official said Friday, February 21.

Galvez said the shipment was intercepted by a joint team of policemen and soldiers led by Tungawan Mayor Carlnan Climaco after they received information contraband goods were being loaded into a vehicle near the port of San Vicente village.

She said the team arrested Abdurasman Usman, 33, a laborer and seized the vehicle loaded with 123 master cases of smuggled cigarettes worth P2.4 million and 52 boxes of dried fish.

The boxes of dried fish were used to conceal the master cases of cigarettes, she added.

However, the police officer said the driver of the vehicle, Hussein Aukasa, was not around when the team arrived in the village of San Vicente.

She added that the vehicles and cargo were impounded. (SunStar Zamboanga)