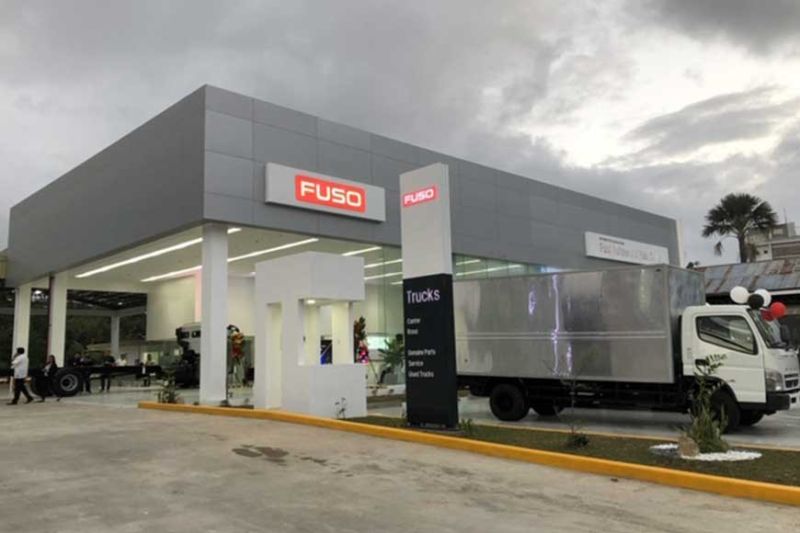 EXPANSION. The Fuso showroom in Lapu-Lapu City also sells modern public-utility jeepneys that have passed the requirements of the Department of Transportation. (SunStar Photo / Patricia Catan)

BANKING on Cebu’s accelerated infrastructure development, Fast Autoworld Philippines Corp. (FAPC) has opened its first Fuso dealership in the Visayas-Mindanao region, in the island of Mactan.

With the presence of Fuso in Cebu, FAPC director William Chiongbian II, said they are looking forward to the improved sales performance of the Fuso brand as it provides options for public transport, logistics and construction use.

“FAPC is excited to roll out its latest brand and product, which is the Fuso,” he said during the opening on Thursday, Feb. 20, 2020.

Chiongbian said the company is in full support of achieving the country’s growth target pegged at 6.5 to 7.5 percent this year, especially since Fuso is known for its quality trucks and vehicles for logistics, hauling and construction.

The Fuso dealership in Marigondon, Lapu-Lapu City is a 1.6-hectare facility. During its launch, the group also showcased the brand’s version of modern jeepneys for public transport.

Dax Albarece, assistant vice president for Fuso Mactan said this public utility vehicle (PUV) model was already approved by the Department of Transportation (DOTr) and comes in two types— the class-two and class-three.

The class-two PUV has a seating capacity of 33 persons and is ideal for short routes within the city.

The class-three PUV has a seating capacity of 23 persons and is ideal for longer routes within towns and municipalities.

The PUVs are equipped with state-of-art features that are in line with DOTr guidelines such as closed-circuit television cameras, aircon and seatbelts among others.

Under the Public Utility Vehicle Modernization Program, jeepney operators were required to replace their old units with euro-4 powered and industry-standard engines.

He said they are already in the talks with transport operators in Cebu that wants to avail themselves of these modern units.

Data from the Chamber of Automotive Manufacturers of the Philippines Inc. and Truck Manufacturers Association showed 369,941 vehicles were sold in 2019, up 3.5 percent year on year, mainly due to improved sales of light commercial vehicles and light trucks. (JOB)