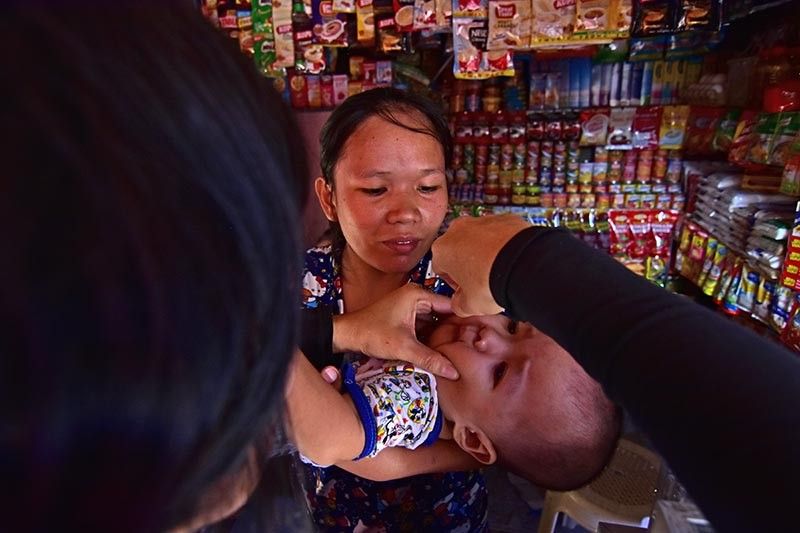 DESPITE the coronavirus disease (Covid-19) threat in Davao City, the third round of citywide polio mass vaccination was still able to reach beyond its target rate.

The third round of the Sabayang Patak Kontra Polio, held from January 22 to February 2, was able to vaccinate a total of 203,434 children ages zero to 59 months old with oral polio vaccine type 2 (OPV2). This means the program reached an immunization coverage of 108.87 percent, an excess from the projected figure of 186,864 children.

This is currently the highest coverage rate compared to the first two rounds held last year, which had reached over 96-percent and 104-percent respectively.

Notably, the commencement of the third round came when the Covid-19 threat has entered the city.

City Health Office head Dr. Josephine Villafuerte said on Friday, February 21, that the Covid-19 did not hinder the parents to have their children vaccinated.

Villafuerte added that parents have no apprehension to have their children vaccinated since the city as of now has no confirmed Covid cases.

“No. Not at all. Since at first, we do not have a confirmed case here in the city,” she said, although adding the city is exercising precautionary measures following the first confirmed case in the country.

She also said parents are serious in having their children vaccinated since polio is a disabling and life-threatening virus.

Meanwhile, the recent round had exceed from its target coverage since children from neighboring provinces and municipalities who entered the city were included in the vaccination as part of the ongoing polio prevention program of the local government.

“May mga walk-in na kasamang nakapunta. So, yung mga dumarating na galing sa ibang provinces and municipalities outside Davao City, na-immunize din sila kasi wala naman kaming boundaries, (We have also been catering to walk in clients who came from neighboring provinces and municipalities outside Davao City. They were immunized since we don’t impose boundaries on those who should be receiving the vaccine)” Villafuerte said.

She added that those who enter the city premises should be polio-vaccinated.

The Sabayang Patak is a synchronized immunization program conducted in all health centers and house-to-house visits in all barangays in the cities. Vaccines were also distributed to other venues, such as private hospitals, malls, schools and churches, which helped increased the city’s immunization coverage.

The mass vaccination was initiated after a sample of the polio virus was traced in the Bolton Bridge in September last year.

Meanwhile, CHO will be adding two more rounds of the citywide mass vaccination following the reported case of Type 1 poliovirus in the Autonomous Region in Muslim Mindanao (Armm).

The fourth round is ongoing from February 17 to March 1, and the fifth and final round will be on March 23 to April 5. (May Angela Ung and Zenler Digal, UM interns/With report from RGL)