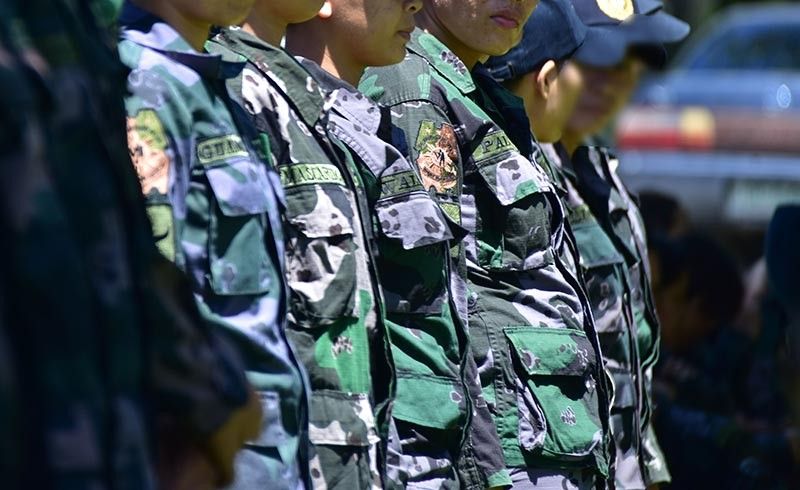 FIVE police officers of Lupon Municipal Police Station were relieved from their post after allegedly shooting a person subject for a warrant of arrest.

Police Regional Office (PRO)-Davao spokesperson Police Major Eudisan Gultiano bared Friday, February 21, that the policemen were reassigned to the Regional Personnel Holding and Accounting Section (RPHAS) of PRO-Davao on February 16 after they were implicated in a shooting incident as per advice from the PRO-Davao director.

This developed after Morito Artilahon Lapay, resident of Purok 10-A, Barangay Poblacion, Banaybanay, Davao Oriental, was arrested on June 10, 2019 at Purok Sais, Barangay Mahayahay, Lupon, in the same province through a warrant of arrest issued by Judge Angelita A. Alfonso-Tumanda, for allegedly killing Engr. Junifer Paredez in Mati City, Davao Oriental.

Allegedly, the involved policemen were serving the warrant of arrest when Lapay resisted and drew his firearm and shot Sajulga twice. This allegedly prompted other officers to shoot back and hit the suspect on his right leg.

“Because of that there was a complaint (at) dahil may complaint, ni-relieve sila sa pwesto nila,” Gultiano said in a press forum on Wednesday.

“They will be investigated kung meron talagang irregularity na nangyari,” she added.

Authorities confiscated from the suspect’s possession during the operation one unit caliber 38 SPL, other marking M202 loaded with two fired shells and four pieces live ammunition.

“The reassignment of the police officers mentioned is part of the preventive action of PRO 11 to give way to the ongoing investigation seeking for just and fair outcome...,” the report said.

“Decision ni RD (PRO Davao regional director Filmore Escobal) and command as part of his prerogative as commander (referring to the transfer of the five police officers),” Gultiano said.

Lupon MPS also filed a case for illegal possession of firearms and ammunition and attempted homicide against the suspect before the office of the Provincial Prosecutor of Davao Oriental.