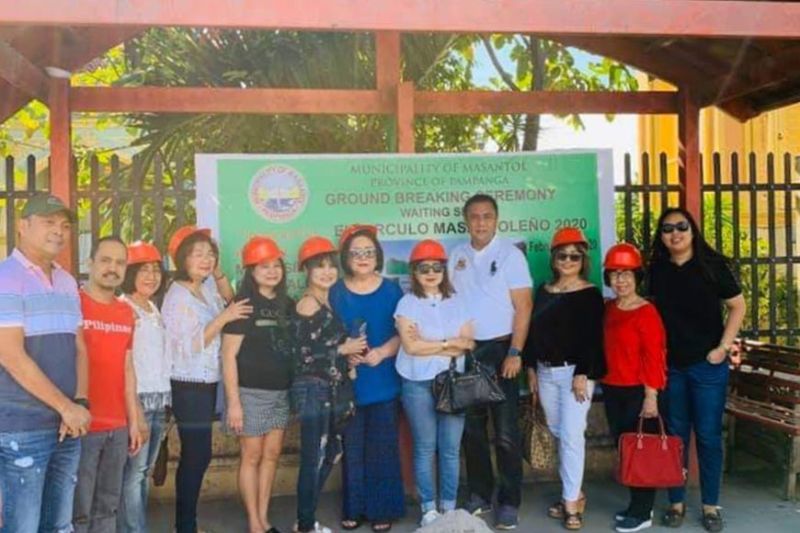 IN AN aim to provide a safe space for waiting commuters, the El Circulo Masantoleño (ECM) 2020 will donate a brand new waiting shed to be constructed at the Metro Plaza in Masantol town.

ECM is an organization composed of thousands of Masantoleño natives currently based or are working in different parts of the United States.

Yesterday morning, ECM, headed by its six presidents and Mayor Danilo Guintu broke ground for the said project which has a budget of P350,000.

ECM co-President Ricardo Duro said the funds for the project were raised during the ECM ball held last Saturday, February 15.

“Every year, we hold the ECM ball participated in by balikbayans and our friends here in Masantol to raise funds for our chosen project. This year, we are reconstructing the waiting shed in Metro Plaza to make it safer and more convenient for our kabalens,” Duro said.

Duro said the new waiting shed will be elevated to ensure that it can still serve its purpose even with the occurrence of floods.

“We have a lot more projects lined-up. We are just waiting for the bigger funding, but we will definitely do more to pay forward to our fellow Masantoleños the blessings we have received,” she said.

For the past 66 years, ECM has spearheaded several projects including the purchase of a lot and airconditioning for the Masantol Civic Center, scholarship grants for Masantoleño youth, medical and dental missions, and other social programs.

Guintu expressed his gratitude to the ECM 2020 for another worthwhile project they have donated for the people of Masantol.

He said the waiting shed will serve hundreds of Masantoleños each day, especially employees and students who work and study outside of Masantol.

“We are very thankful for the continuous support they give to Masantol and for never forgetting our hometown despite their success in life outside of the country,” he said.