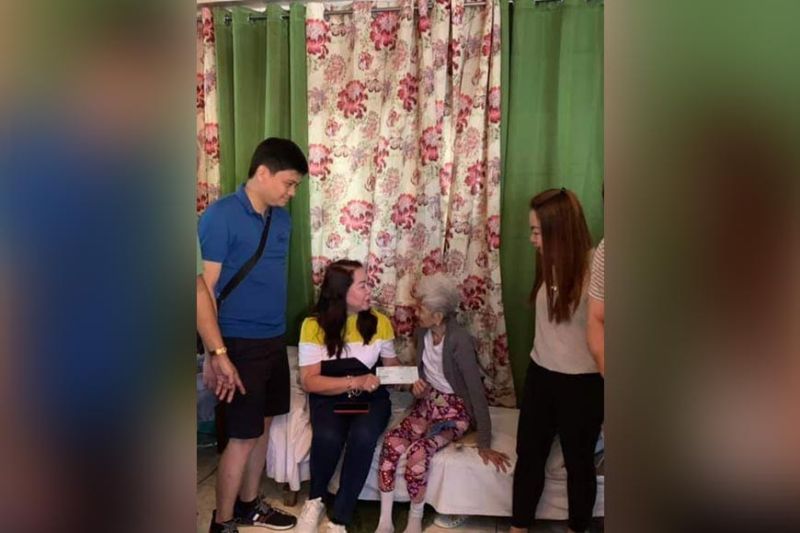 PAMPANGA. Mayor Gloria “Ninang” Ronquillo hands over the P100,000 check to an elderly as incentive for reaching at least 90 years of age. Joining her are councilors Anne Garcia and Mark Louie Arceo. (Contributed photo)

Mayor Gloria “Ninang” Ronquillo led the distribution of the P100,000 incentive to the elderly by virtue of an ordinance passed by the Pampanga provincial board.

Ronquillo said cash incentives were given to the senior citizens reaching at least 90 years old in recognition of their contributions to society.

She also praised the families of senior citizens for taking care of the elderly which helped for them in reaching such ages.