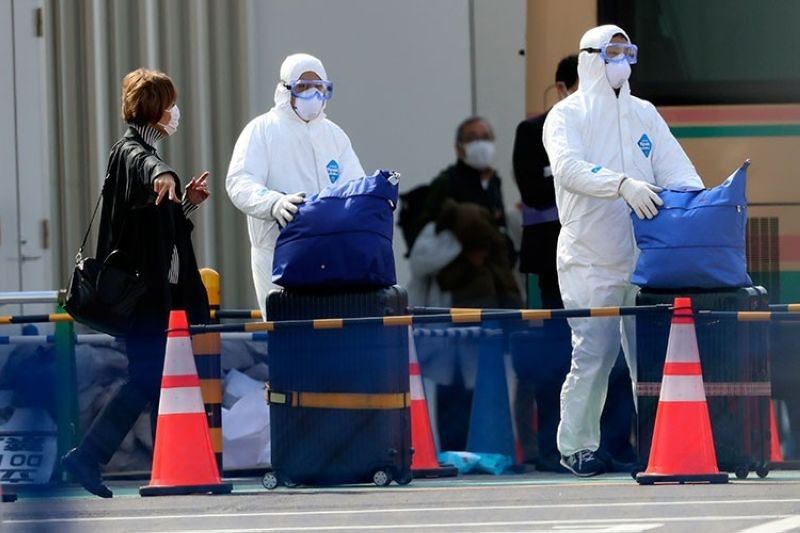 CLARK FREEPORT -- Some 500 crew members of cruise ship Princess who are under quarantine for coronavirus in Japan will undergo a 14-day quarantine at the New Clark City (NCC).

This was learned from Capas Mayor Reynaldo Catacutan who said the second batch of repatriates will arrive via Clark International Airport on Sunday.

The mayor at the same time suggested to the Department of Health (DOH) and the national government to designate quarantine areas in Visayas and Mindanao.

The mayor explained to his constituents that the repatriates, who will be repatriated from Yokohama, Japan already passed rigorous physical examination before they were allowed to disembark from the cruise ship.

Catacutan said Capas officials and residents support the decision of President Duterte to use New Clark City as quarantine area.

“We are throwing our unequivocal support to the whole-of-government approach of President Rodrigo Roa Duterte and we throw it without reservation and qualifications,” the mayor said.

“As the chief local executive of Capas I can only assure you of our commitment to host those who are to be quarantined like what we did to the first batch from Wuhan, Hubei, China,” he added.

Catacutan said he led an information drive to inform his constituents of the “nitty gritty” of Covid-19 to include the provision of protective masks, medicines, alcohols.

The mayor said he dispatched a medical team within the communities surrounding the New Clark City to assist the residents in terms of providing information about the virus.

“I appeal to Bases Conversion and Development Authority and DOH to assist us in these endeavour to assure our people of their safety,” the mayor said.

New Clark City being a highly secured place in Capas is apt to serve the purpose as quarantine area, according to him.