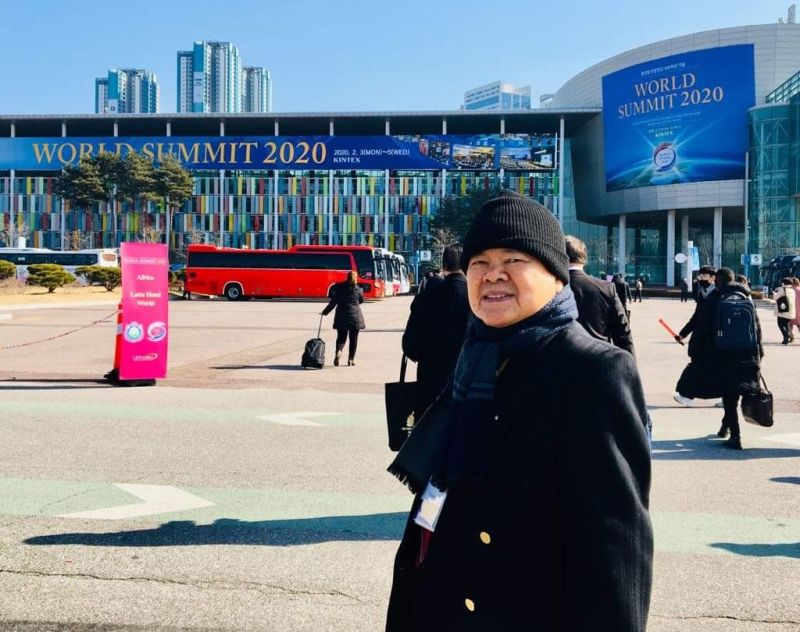 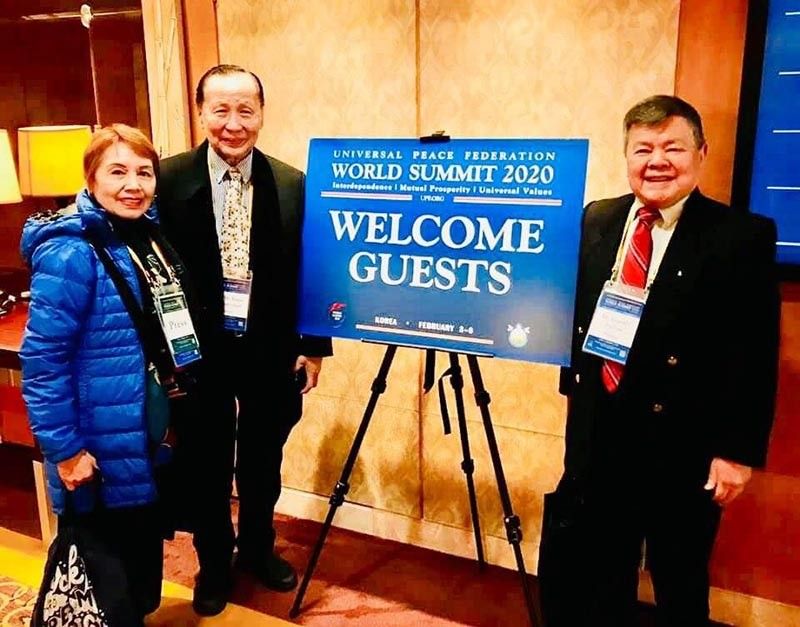 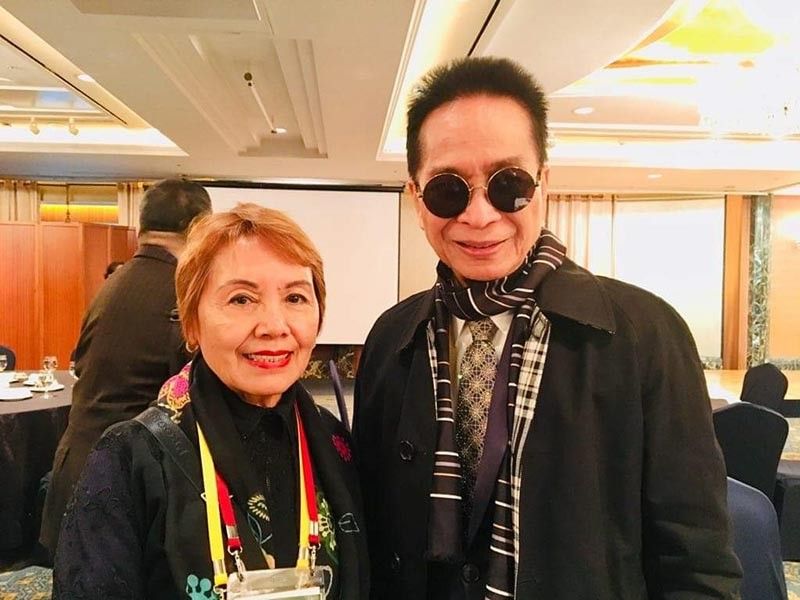 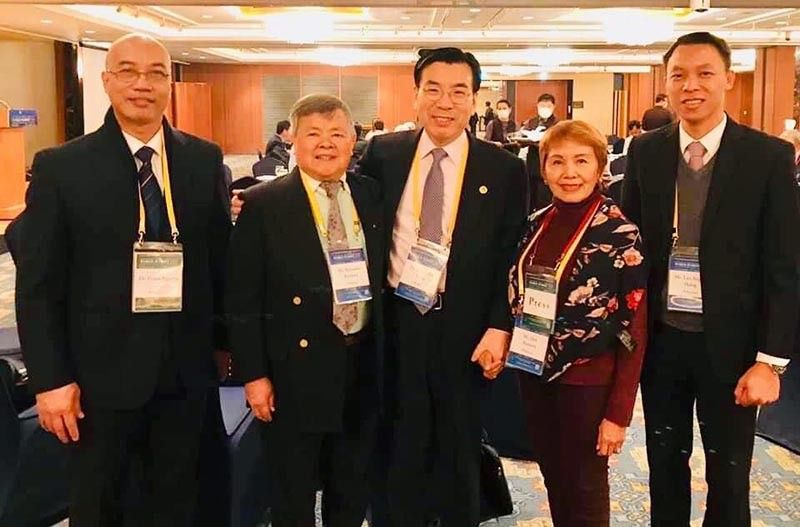 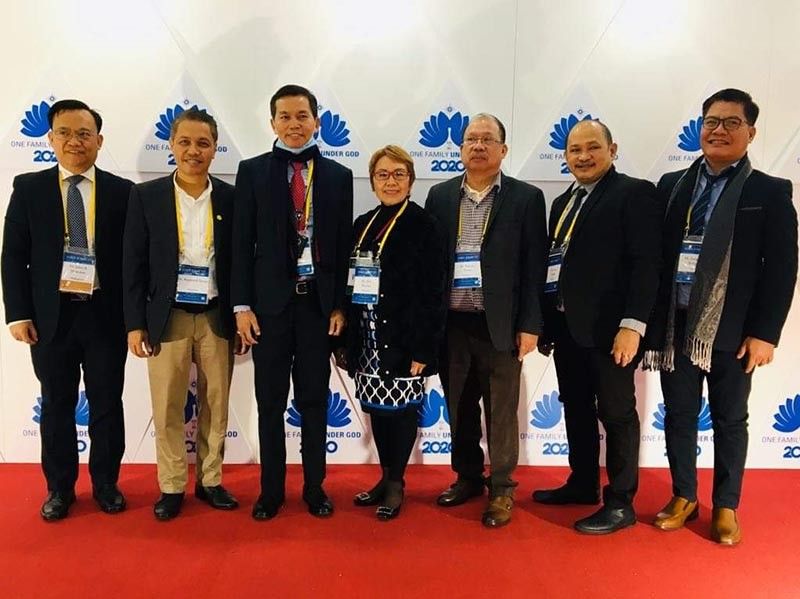 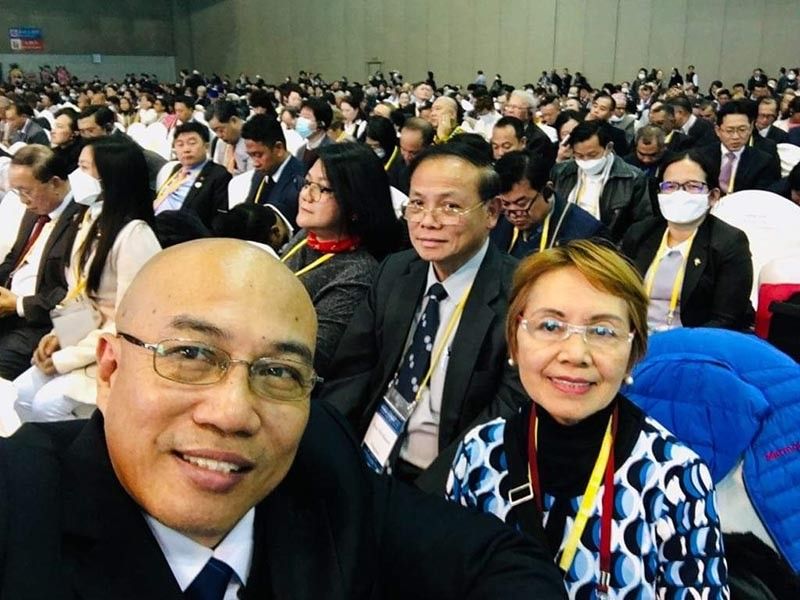 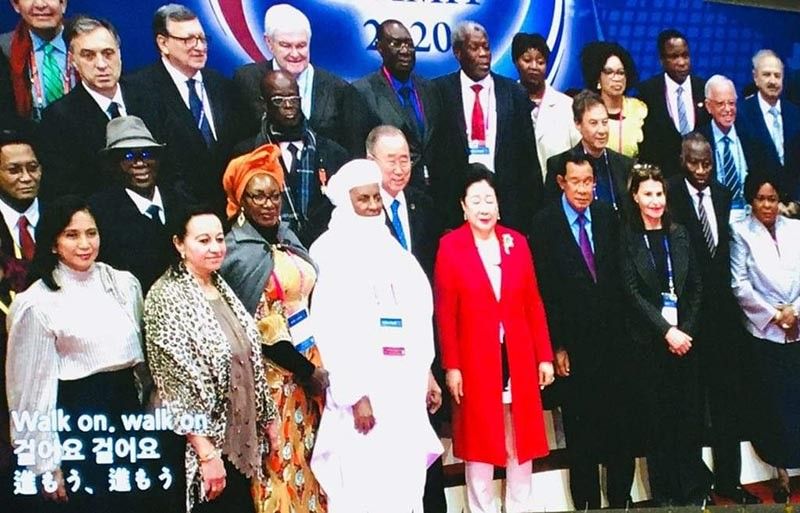 KOREA. Vice President Leni Robredo (extreme left) is one of the dignitaries standing on stage. (Photo by Debb Bautista) 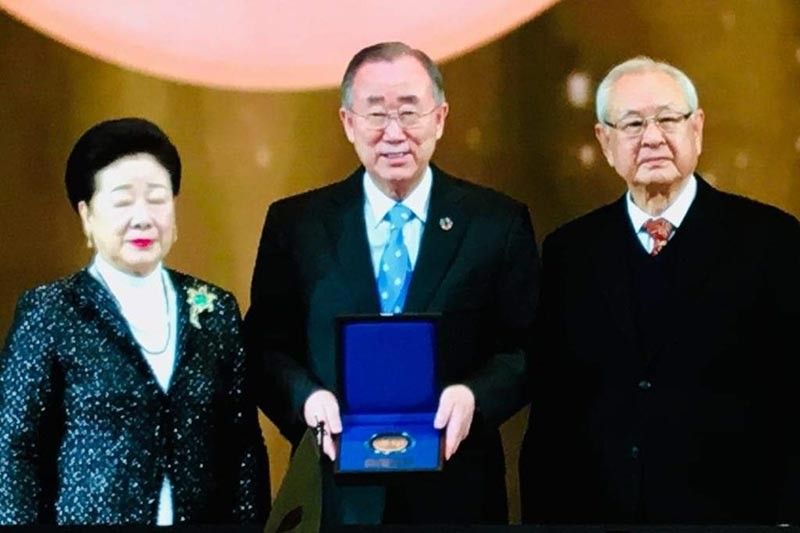 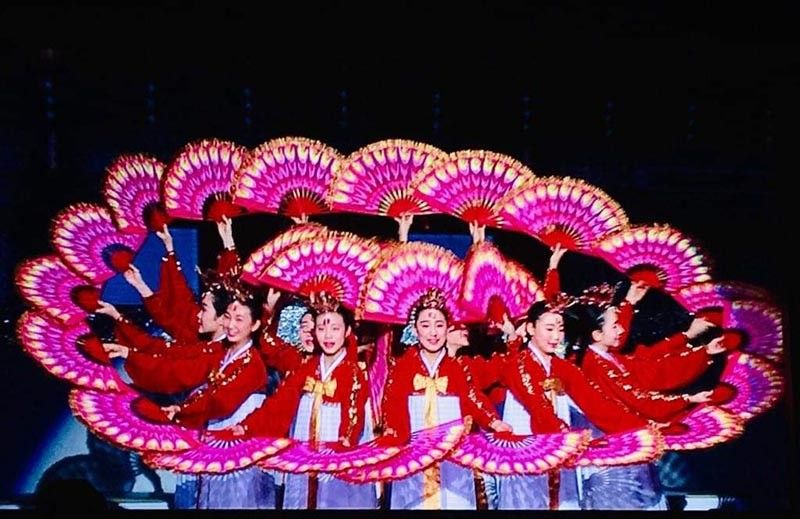 KOREA. The “Fan Dance” was a fantastic presentation at the Summit. (Photo by Debb Bautista) 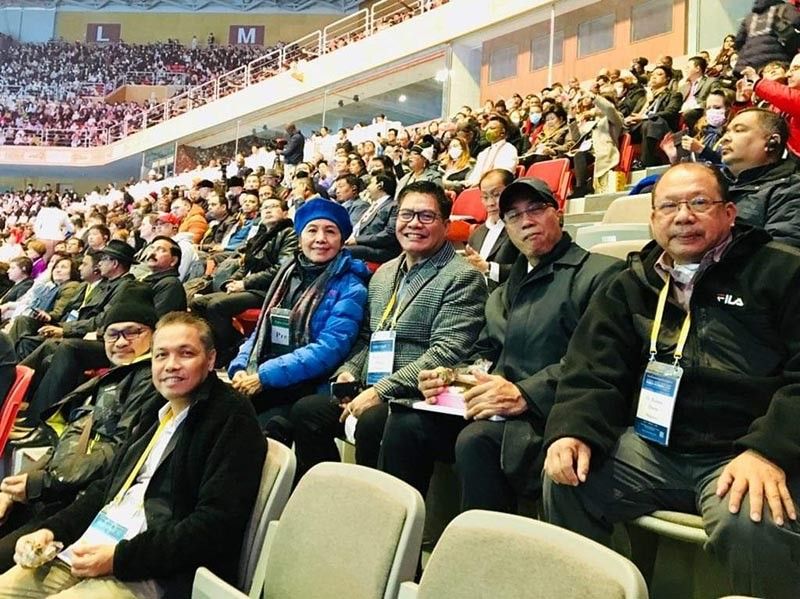 KOREA. We were a part of a 30-thousand crowd that witnessed the Founder’s Centenary and 60th Wedding Anniversary celebration at Cheongshim Peace World Center: Arnel, Raymond, the author, Joseph, Venus, and Ramon. (Photo by Debb Bautista) 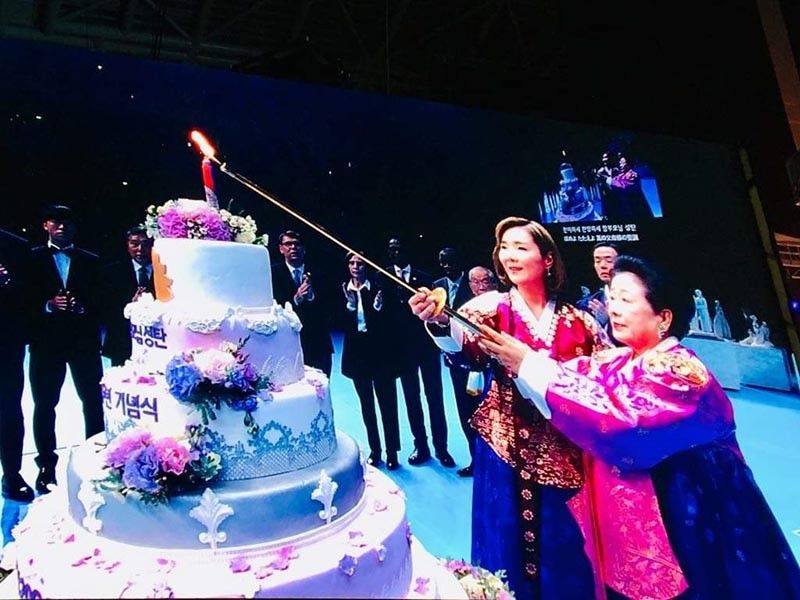 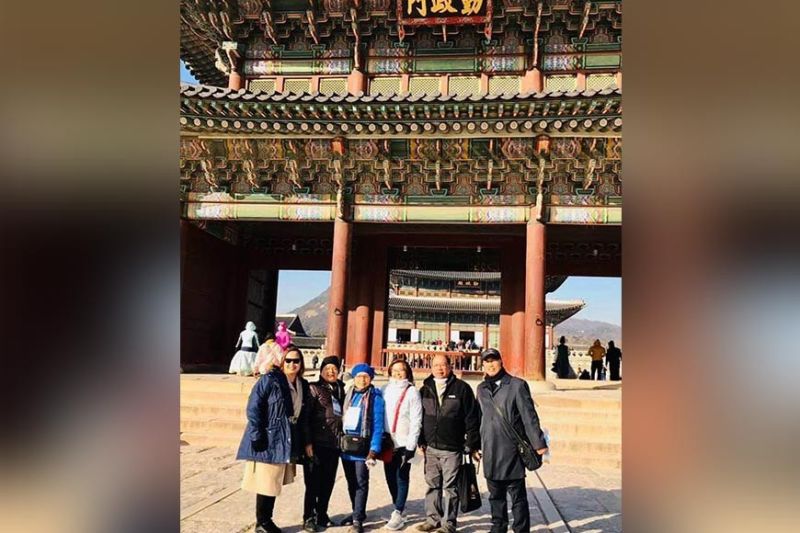 IT WAS a privilege to receive an invitation to attend the Universal Peace Federation (UPF) World Summit 2020 from February 1 to 8, in Seoul, Korea.

The UPF was founded by Rev. Sun Myung Moon and his wife, Dr. Hak Ja Han Moon. It is a global network of individuals and organizations dedicated to building a world of peace centered on universal, spiritual and moral values, principles and practices that are necessary to create a world in which people of every region, race, nationality, culture and religion live together in peace.

UPF is a non-government organization in General Consultative Status with the Economic and Social Council of the United Nations. World Summit programs have been held throughout the world, bringing together thousands of leaders from all walks of life.

Rey and I had several opportunities to join some of these conferences here and abroad for the past twenty years. He was one of the founders of Professors for World Peace Academy (PWPA), Philippines, while I served as the Vice-President for the Women’s Federation for World Peace (WFWP), Philippines, from many years back.

On this summit, the UPF selected a group of nearly 3,000 delegates from 170 nations, including current and former heads of state and government, first ladies, parliamentarians, ministers, religious leaders, academicians, media professionals, women leaders, and youth and civil society leaders.

Rey and I joined a group of University Presidents and heads of academic organizations who attended sessions of the International Association of Academicians for Peace (IAAP) and World University President’s Congress (WUPC). It was delightful to listen to notable speakers and meet with distinguished personalities from all over the world.

Delegates were given an opportunity to visit Gyeongbokgung Palace a day before departure. Built in 1395, the palace was the first and largest of the royal palaces built during the Joseon Dynasty. Amazing structures that are incredibly painted with a series of gates and buildings truly speak of the Korean soul. The setting between mountains and the city is marvelous and the juxtaposition of the palace to modern Seoul is stunning. We had a chance to see only one thing in Korea but I believe we saw the best thing with the most historical impact.

To the organizing committee, especially to Dr. Venus Galano Agustin, thank you for the wonderful company and making it possible for us to go to the World Summit 2020. 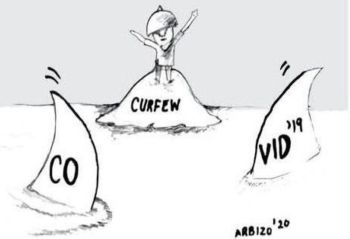 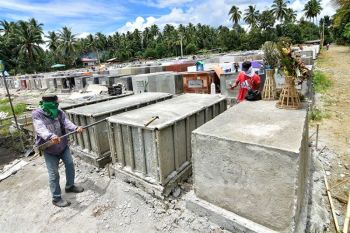