Traffic in downtown area to shift to SRP 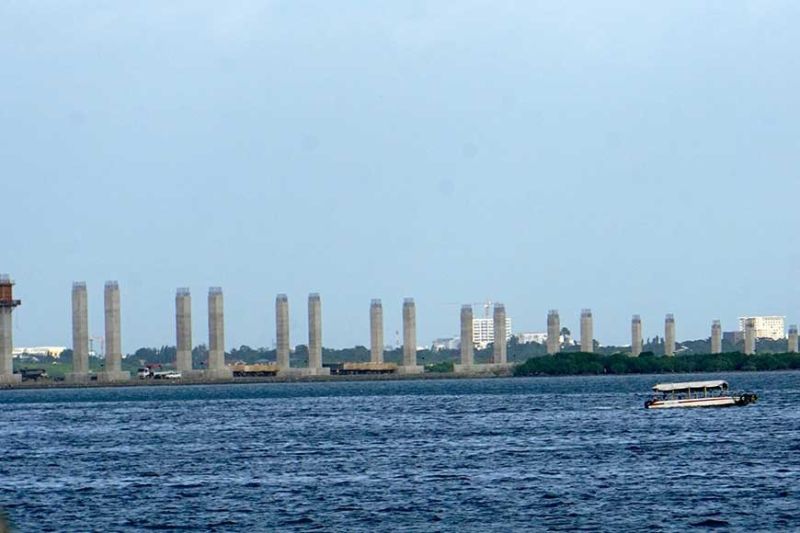 WITH the establishment of the Cebu-Cordova Link Expressway (CCLEX), traffic in Cebu City’s downtown area is expected to shift to the South Road Properties (SRP).

This is what Cebu City Mayor Edgardo Labella said during his first visit to the construction site for the expressway last Thursday, Feb. 20, 2020.

Labella said, however, this shift in traffic to the SRP would be addressed with the introduction of the Bus Rapid Transit.

“That will be studied. That should be addressed,” Labella said. “What’s important is that (the CCLEX) could ease traffic congestion.”

Upon its completion, the CCLEX is expected to cater to an estimated 50,000 vehicles daily to significantly reduce the volume of vehicles that are currently utilizing the two existing bridges connecting Cebu and Mactan islands.

Vice Mayor Michael Rama, whose idea it was for City Hall officials to hold the site visit, said he also wants to show other members of the City Council the progress of the third bridge.

It was Rama’s second time to visit the CCLEX construction area.

Demosthenes Redoble, project manager of Norconsult, a Norwegian consultancy firm hired as the project’s independent consultant, said that, as of Feb. 20, the CCLEX is already 52.66 percent done.

This means the girder was already installed at the Cebu South Coastal Road (CSCR) on ramp piers, the construction of the foundation and columns are ongoing, the upper pylon of Tower 2 was lifted and the foundation of the Cordova viaduct was already completed. The girders serve as support beam of the bridge.

The CCLEX or the third bridge project will be operational by middle of 2021. Actual construction started on July 5, 2018.

This bridge will connect mainland Cebu City to Cordova town in Mactan island where hotels and beach resorts and the airports, among others, are located.

The major infrastructure project was designed to withstand a 7.8 magnitude earthquake and super typhoons with winds of up to 250 kilometers per hour.

The CCLEX is a project of the Cebu-Cordova Link Expressway Corp. (CCLEC), a subsidiary of the Metro Pacific Tollways Corp., the largest toll developer in the Philippines.

In a joint venture agreement with the Cebu City Government and the Municipality of Cordova, the CCLEC is tasked to construct, own and operate the 8.5-kilometer bridge project. (JJL)