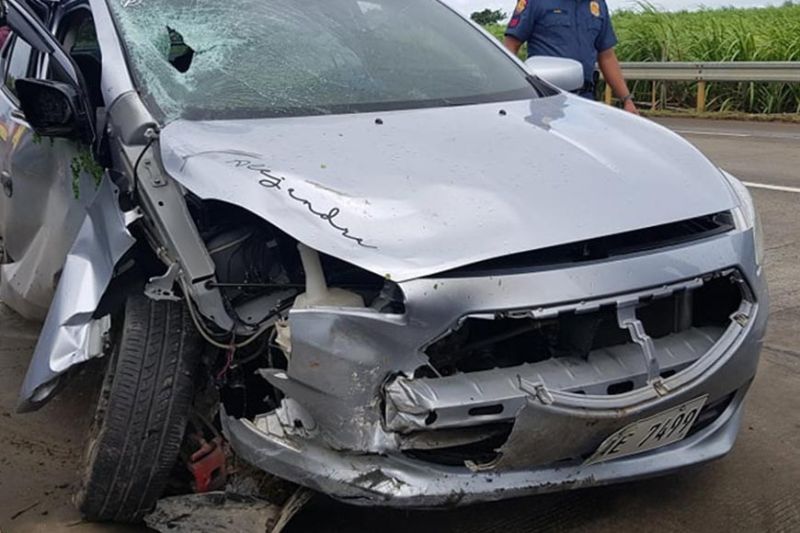 NEGROS OCCIDENTAL. Car hits a motorcycle parked at the side of the road along Kilometer 39 in Barangay Tortosa, Manapla town killing four people early morning on Friday, February 21. (Contributed photo)

FOUR persons were killed while two were seriously wounded after a car hit a motorcycle along Kilometer 39 in Barangay Tortosa, Manapla town early morning on Friday, February 21.

Other passengers of the car injured were Rolinda Barte, 77, and Anabelle Estil, 39.

Initial investigation showed that the car was heading north going to Cadiz City when it accidentally hit the motorcycle parked at the side of the road.

The police said the car driver probably dozed off so he bumped the motorcycle. The victims were immediately rushed to the Kaayong Lawas Clinic in Victorias City, where Salmorin and Labrador were declared dead on arrival while the four other victims were transferred to a hospital in Bacolod City but Abana and Granada later passed away.

He claimed that the area was dark as the accident happened around 2:30 a.m.

Police are still conducting follow-up investigation on the incident.