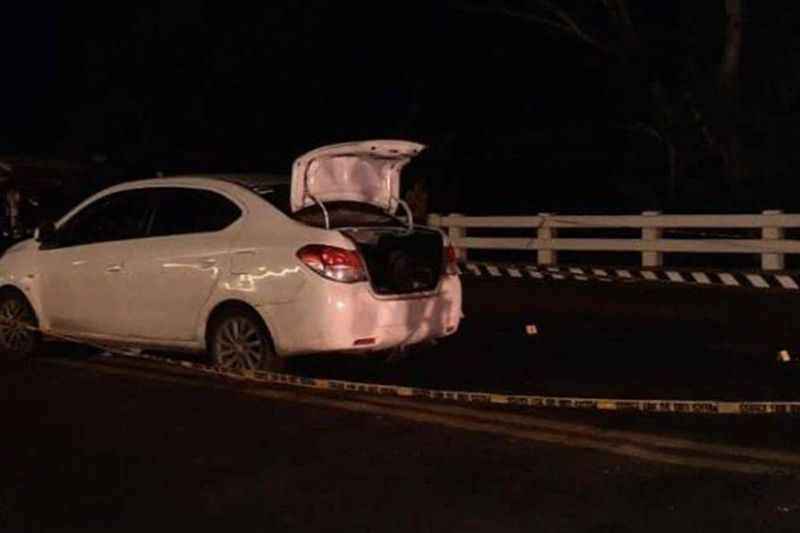 THE alleged leader of the armed men who figured in the February 17 shootout with the police in Libertad, Misamis Oriental was killed during a hot pursuit operation early Friday morning, February 21.

Hours later, two suspects who were arrested earlier were shot and killed when they figured in a scuffle with the police while they were being transported to the Misamis Oriental Provincial Jail (MOPJ) in Cagayan de Oro City.

Misamis Oriental Police Provincial Director Colonel Robert Roy Bahian brushed aside speculations that the killing of the two suspects while in police custody was in retaliation for the death of Police Staff Sergeant Ronald Caayupan.

Caayupan was killed when the five armed men, who were on board a white car, fired at him and other policemen manning a checkpoint in Libertad town on February 17.

One of the suspects, Jephone Tinamisan, was also shot dead on Monday. With the killing of three more suspects on Friday, only one remained at large.

At around 6:20 a.m. Friday, combined forces from the different police units killed Alias Bolaw in a hot pursuit operation in Poblacion, Libertad.

Police engaged the suspect who was holding an explosive.

Bahian said Bolaw was the leader of the group who figured in the encounter that killed Caayupan.

At past 12 noon, also on Friday, suspects Richard Son Perez and Mikee Abellana were shot and killed while they were being transported to Cagayan de Oro City.

The two suspects had allegedly asked for a bathroom break when the police car that was transporting them developed a mechanical problem in Laguindingan town.

The suspects allegedly grabbed the gun of a police escort and fired, but missed any of officers.

Police returned fire, hitting both on their chests. They did not reach the hospital alive.

The manner of death is similar to that of the suspect who beheaded and ate the brain of a woman in Talisayan.

Lloyd Bagtong was also killed by police on their way back from an inquest proceeding in Cagayan de Oro City last December.

The police claimed that Bagtong had asked to be uncuffed so he can urinate after the patrol car suddenly stopped in Punta Gorda, Jasaan town due to flat tire.

Bahian said there are situations that are inevitable.

He said the police escorts will also be thoroughly investigated and appropriate sanctions will be imposed if lapses are found.