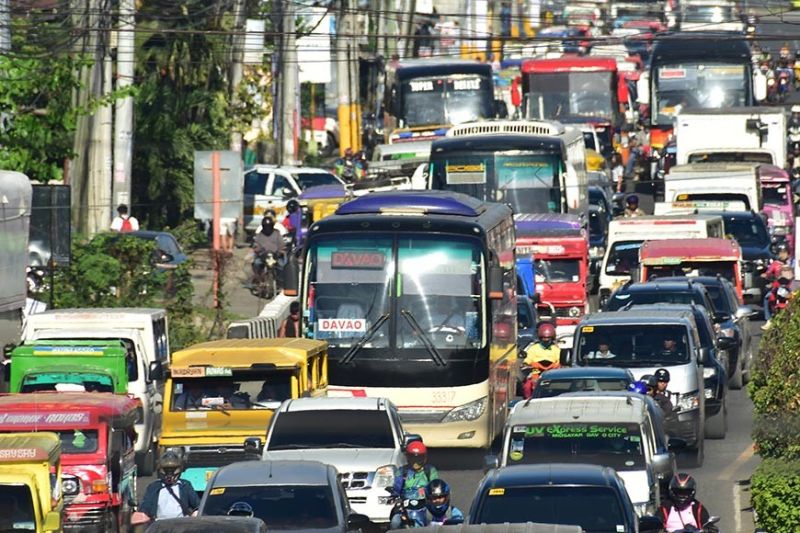 DAVAO. Dabawenyos remain hopeful that the bus system will finally be implemented soon in Davao City as they see it a safer way to commute. (SunStar file photo/Macky Lim)

IT WAS 6 p.m. and I was on my home from work. I finished late at work so when I went out, I noticed a lot of passengers were already waiting for jeepneys. Some were waiting for the bus because it’s a lot more comfortable though the fare is more expensive. I decided to wait for the bus too but a police officer said the bus will arrive around 6:30 p.m. so I changed my mind and started looking for a jeepney.

I waited for a jeepney but I had no luck as most of them were already loaded with passengers. I was planning to ride a taxi but I realized it would cost me P250, and I would rather save that money for food.

After 20 minutes of waiting, a jeepney suddenly stopped in front of me. I noticed its beautiful color, it was lavender and the jeepney looked new to me. The lavender looked comforting to my eyes. I thought I won’t be able to get a ride on that jeepney because the other passengers were already running towards it. All of a sudden, one of the passengers at the front seat got off so I rushed in to take his place. The other passenger remained seated at the front seat. He put on the seatbelt then the driver started to hit the road.

I noticed a smile on my face with a thought of being lucky as other passengers were still waiting for their ride. As we were on the road, I noticed that the driver was a bit strange, he kept murmuring words that I did not understand. But I just ignored him and put on my headset then I played music.

He got my attention again when one passenger paid him and he smashed the coins. I also noticed that there was something off with the way he drives. The traffic light was already green but he was not moving. It caused a little traffic but good thing he decided to drive.

On my mind, I was thinking I should have waited for the bus, I bet I would feel safer, comfortable, and had a better experience.

I was almost home so I took out my wallet and paid the P50 bill to the driver. I thought he did not have enough change yet so I waited for a while. When I was almost at my destination I decided to ask him for my change. He said my money was only P20 and not P50. I asked him to check again but he kept saying it was only P20. Because I was just sitting beside him, I immediately noticed the smell of alcohol from his breath.

That made me decide not to argue with him anymore because it makes no sense to argue with someone who obviously drank alcohol and still drove a public utility jeepney. When I reached my destination, I got off immediately from the jeepney and did not bother getting the plate number. It would be a hassle on my part to report him and I had a lot of things to do. I hope that the other passengers went home safely.

I really wish that the bus system project will solve this type of problem. That the bus operators will pick responsible bus drivers for the safety of all passengers in the Davao City. (Zenler P. Digal)