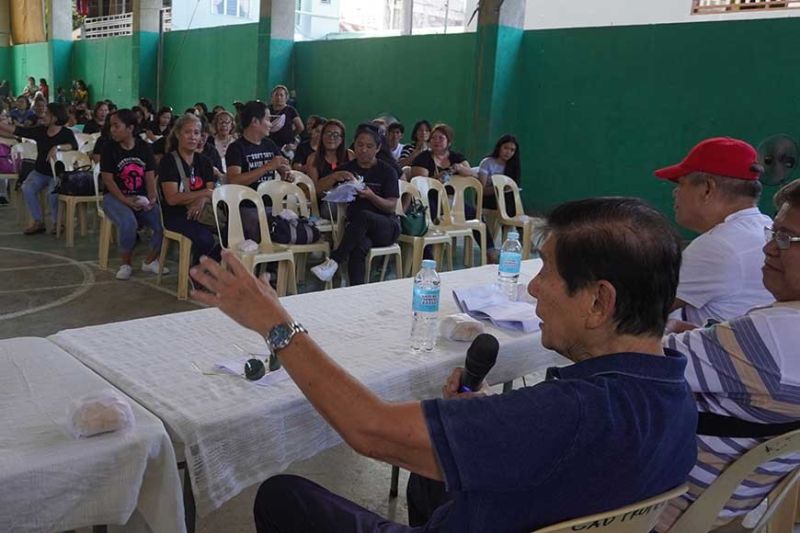 ADVICE. Cebu City North District Rep. Raul del Mar (left) tells barangay health workers from 17 villages that they should have settled the non-release of their honorarium amicably instead of filing a case against city health officials during an assembly at the Barangay Apas Gym on Saturday, Feb. 22, 2020. (SunStar Photo / Alex Badayos)

AROUND 100 barangay health workers (BHWs) from 17 villages in Cebu City complained that they have not received their honorarium for more than six months.

During a general assembly at the Barangay Apas Gym on Saturday, Feb. 22, 2020, BHWs of the 17 villages asked Cebu City North District Rep. Raul del Mar to intervene in their behalf so that the Cebu City Health Department (CCHD) would release their pay.

Cherlien Monte, head of the BHWs, said the CCHD’s excuse for not releasing their honorarium was their failure to submit some requirements like the profiling of barangay residents.

“That’s how they justified the non-release of our honorarium since we didn’t achieve the target they wanted,” she said in Cebuano.

The CCHD reportedly requires them to profile all barangay residents.

Monte said she and her fellow BHWs questioned the profiling requirement, especially since the CCHD ordered them to no longer go on the field as this task was turned over to health workers the City hired.

The CCHD’s new policies for appointed BHWs like the complainants and City-hired health workers were set during a meeting in August.

Castillo said the CCHD has been pressuring them to submit a new barangay profiling record from the month of July to December 2019 using a new profiling format.

But Castillo questioned the need to submit a new barangay profiling record when they could update the one they submitted before.

The BHWs said that in the previous administration, only a daily time record and accomplishment reports were required for their honorarium to be released.

They were shocked why the CCHD did not release their honorarium considering that Labella signed the list of appointed BHWs in June last year.

Labella’s signature on the list of appointed BHWs indicated that the City authorized them to start serving from the month of July to December, Castillo added.

During last Saturday’s assembly, Representative del Mar told the BHWs they should have resolved the matter amicably rather than filing the complaint.

He also advised the BHWs to seek an audience with Labella for their concerns to be addressed.

Meanwhile, Labella directed Villa to release the honorarium as soon as the BHWs fulfilled all the requirements.

He assured the BHWs that they would get paid as soon as they submitted the requirements.

Villa, in a separate interview, said she will answer the BHWs’ complaints at the right forum, which is the anti-graft office.

She refused to give further comment on the issue. (Mae Fhel Gom-os, USJ-R Journalism Intern) 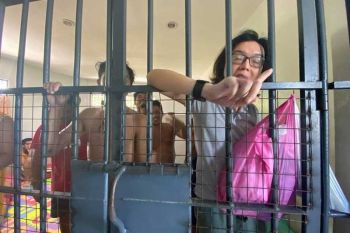