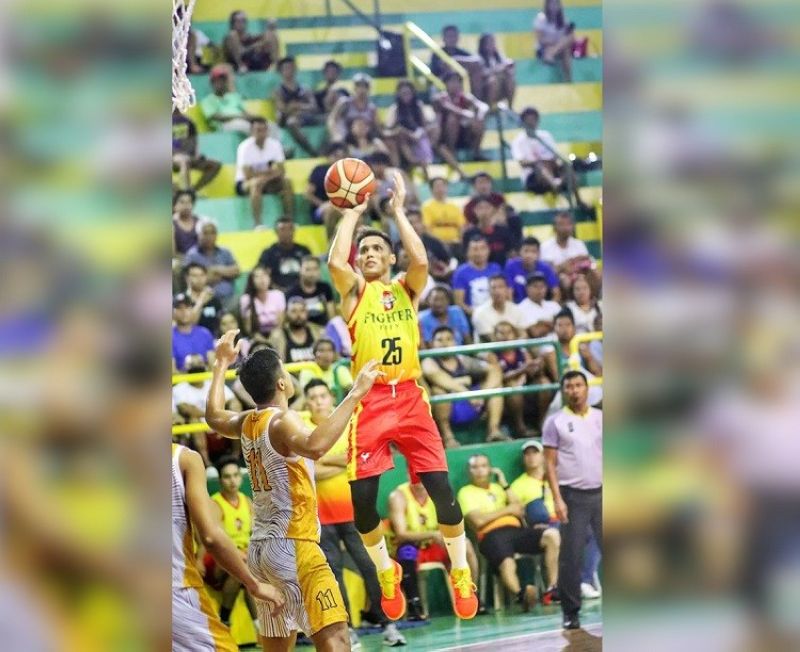 CEBU. Dondon Hontiveros and the rest of Fighter 50 will take on the ARQ-KSB in the semifinal round on Monday. (Photo by Amper Campaña)

KIBOY'S Computer Solutions (KCS) completed a sweep of the elimination round after they vanquished the Athalia One on One, 113-96, in the Mayor Edgardo C. Labella 1st Charter Cup Basketball Tournament at the Cebu City Sports Institute on Saturday night, February 22, 2020.

After a tight first half that saw Athalia lead by just two, 46-44, KCS asserted their superior skill in the third period where they went on a sizzling 44-24 to establish an 88-70 lead heading to the final stanza.

University of the Visayas (UV) standout Froilan Maglasang made the most out of his 18 minutes of playing time as he tallied 21 points. The two-guard sank five three-pointers and added six rebounds and five assists across his name.

UV aces Ted Saga, Melvin Butohan and Gabriel Cometa scored 17, 15 and 13 points, respectively while Baruk Ceniza added 10 for a KCS squad that ended the elims with a clean 5-0 win-loss record, which is enough for the top seed in the semifinals.

Athalia finished the tournament with a 1-4 mark.

Meanwhile, the ARQ Builders-KSB Glass captured the second seed in the Final Four with a 96-80 rout of the Fighter 50. ARQ-KSB of head coach Marvin Caro did not take long to impose their will on their opponents as they opened the game with a 23-10 run. They kept their foot on the gas pedal and stayed in front until the game’s final buzzer to log in their fourth win in five games.

Finally, ASPA defeated LM Paragsa, 113-103, to finish with a 2-3 record. Frangel Omolon was unstoppable in this game, scoring a tournament-high 40 points on 16-of-24 shooting from the field. Team owner Arnold Quilaton sizzled from rainbow country as he sank six triples for 18 points.

The semifinals on Monday night will see KCS battle ASPA while ARQ-KSB takes on Fighter 50.