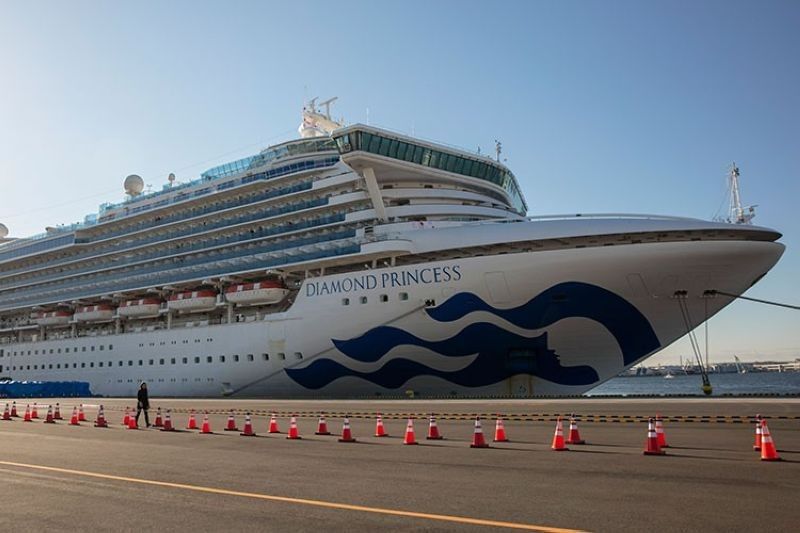 THE Department of Foreign Affairs (DFA) has scheduled for February 25, 2020 the repatriation of over 400 Filipinos on a cruise ship quarantined in Japan, Secretary Teodoro Locsin Jr. said.

As this developed, DFA Undersecretary Brigido Dulay said two of the 49 Filipinos who were found positive for the novel coronavirus in Japan have recovered and have been discharged from the hospital.

Locsin, in a Twitter post on Sunday, February 23, 2020, said Japan’s Ministry of Health, Labour and Welfare offered to host the Filipino crew on the MV Diamond Princess while awaiting their repatriation to the Philippines.

Locsin said testing for the coronavirus has been completed, but some of the Filipinos were still awaiting their results Sunday.

Repatriation of the Filipinos on board the cruise ship was originally scheduled for February 23, but had to be moved because not all test results have been released.

In a previous post on February 22, Locsin said all the test results should be in by February 25.

and the Japan Health Ministry which hospitalised 55 after testing all our crewmen. Only half of results will be in on 23rd Feb evacuation so we moved evacuation to Feb 25 when all results are in. At any rate, Japan has just gone so many extra miles with its care & compassion. https://t.co/ulhM6MWBEW

Earlier, Department of Health Assistant Secretary Maria Rosario Vergeire said another cause of delay is that February 23 and 24 are declared national holidays in Japan to celebrate the Emperor's birthday.

"They have a long weekend in Japan so there are no ground handlers in the airport, where the repatriates will be brought to," Vergeire said.

Upon arrival in the country, the repatriates from Japan will undergo another 14-day quarantine period at the Athletes’ Village in New Clark City in Capas, Tarlac.

The entire cruise ship, which is docked in Yokohama, completed the 14-day quarantine on February 19. (MVI/SunStar Philippines)
< Previous PageNext Page >