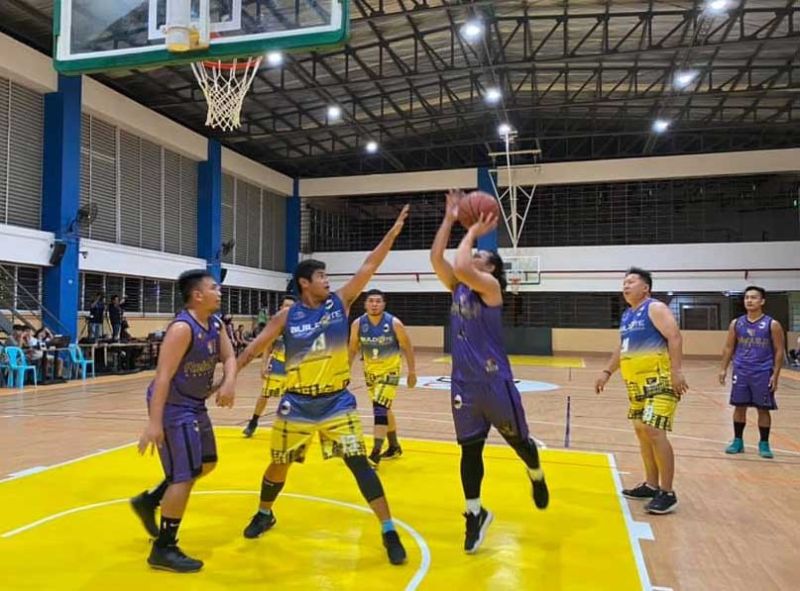 POWERING THROUGH. ReliaBUILD’s Gerald Jayme scores inside against Buildrite’s defense during their game in the 5th Corporate Cup at the Benedicto College. (CONTRIBUTED FOTO)

BUILDRITE hung on down the stretch to claim a 47-46 win over ReliaBUILD in the opening playdate of the Architects + Engineers Basketball Club 5th Corporate Cup at the Benedicto College gym on Saturday night, Feb. 22, 2020.

Ahead by nine, 42-33, heading to the fourth canto, ReliaBUILD came alive and pulled to within one, 43-44, after a three-point play by Jan Salve. However, Buildrite’s Joseph Cabigas answered with a three-pointer to push his team’s lead to four, 47-43, with 1:50 to go.

ReliaBUILD answered with a triple from Gerald Jayme to trim the deficit back to one, 46-47, with 36 seconds remaining. They even had a shot at stealing the win after they regained possession but Salve missed a triple with seven seconds to go to hand Buildrite the win.

Bong Gabison and Gerald Lentorio had 10 points apiece for Buildrite.

In other games, EGS crushed Phoenix Building Systems, 77-55, thanks to Armand Intong’s 16 points and six rebounds.