SOME of our legislators are sponsoring and proposing laws that are not necessary, practical and beneficial. Worse, they just sponsor and pass laws copied from other countries without thinking of their implications whether these are implementable and enforceable in our local setting or not.

Consider the recent ordinance sponsored by Sixth District Provincial Board (PB) Member Glenn Anthony Soco called “Fender Bender Minor Accidents Ordinance of 2019,” which mandates drivers of vehicles in minor accidents to take photo and video using their camera and smartphones at the site of the accident. (Fender bender means a car accident in which little damage is done). You know, Soco just copied it from a United States law. In fact, there is a similar pending legislation in Congress.

I read an article entitled: “What to do after a minor car accident.” I believe Soco patterned his ordinance after it. Not all car accidents require hiring a lawyer and filing of lawsuit. Some fender benders are not serious and can be resolved outside the legal system. But there are steps that you are legally required to take after any wreck or damage to avoid liability and ensure all parties involved are compensated fairly.

Here are the steps if you or someone else is hurt in an accident. Your main priority should be to call an ambulance and seek medical attention. But if you are involved in a minor car accident where nobody is injured, follow the following steps.

1) Stop your car. The law requires you to stop your vehicle at the scene of an accident even if it is a minor fender bender or just a scrape. Leaving the scene is considered a hit-and-run accident, which is punishable as a crime.

2) Stay safe. Check yourself and your passengers for injuries. If anyone requires medical attention call emergency hotlines.

3) Move your car maybe. Leave the car where it is if it’s not too damaged to be driven, or too dangerous to move. If possible take photos before you move the car. This is very critical. Pictures can show what caused the accident and the extent of damages and the injuries that occurred. Photographic evidence may be important for insurance claims and any lawsuits that maybe filed. If it is safe to do so, take pictures of the scene before you move the cars. Otherwise, move the cars to a safe location, then photograph the following:

a) Makes, models, license plates and the identification numbers of the vehicles involved;

b) Position of the cars;

c) Damage to the interior and exterior of the cars, including parts that fell off the cars and point of impact;

d) Damage to any surrounding items;

e) Visible injuries on the drivers, passengers or pedestrians, including redness or marks cross the chest or abdomen indicating the wearing of a seat belt;

g) Videos are also a handy way of showing the flow of traffic and changing traffic lights.

And here are the important tips for taking good accident photos. Take photos from multiple angles and distances (wide and close up. Zoom in, zoom out). At night, take photos using a flash and no flash—see which setting shows and true lighting at the scene and whether the damages are visible in the photos. If you are using a camera that’s not part of the smartphone, turn the time/date stamp feature on, if available. If you are using a smartphone, turn on your location services setting.

Not all the steps provided above are contained the Soco’s ordinance. What he highlighted are just taking of pictures and videos. Pagka-kote man diay kaayo na kung ato gyud nga sundon tanan. Good in the US because almost all of the people can afford to own high-end cellular phones. But what about our drivers here who cannot afford to buy smartphones? I think the Land Transportation Office should incorporate photography once we apply or renew our driver’s licenses in view of Soco’s ordinance so that we will know the techniques on how to take photos just in case we will meet an accident while traveling in the province. Wala gyud huna-hunaa ni Soco ug sa mga PB members nga mipasar sa maong ordinance kung implementable ba ni dinhi sa ato. 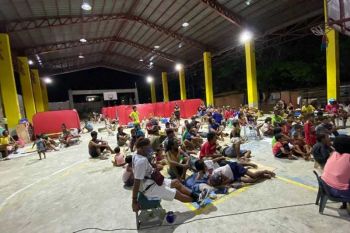