Urban farming as a way of life 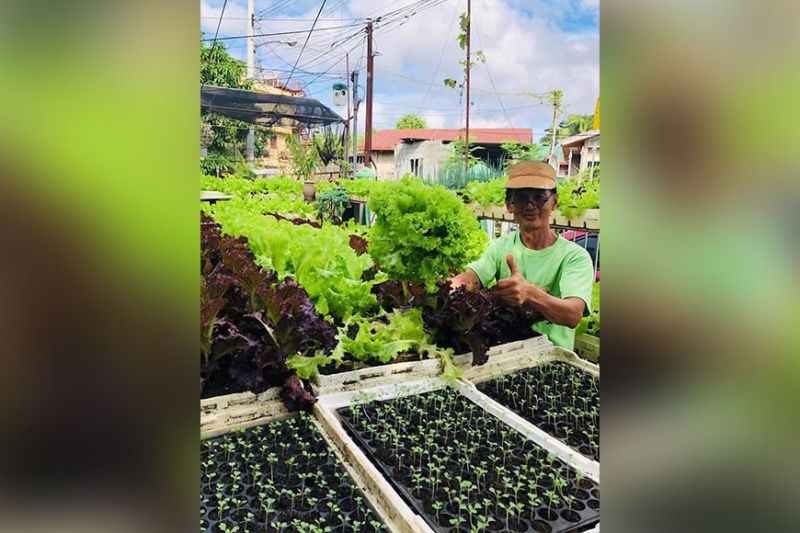 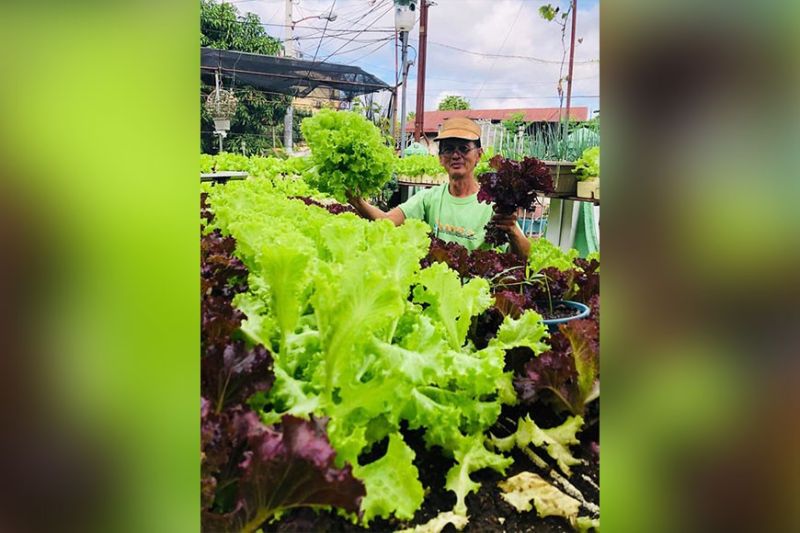 DAVAO. Maxey Atog can harvest as much as 100 kilograms of lettuce per month in his garden and also sells seedlings to schools. (Photo from Maxey Atog's Facebook page) 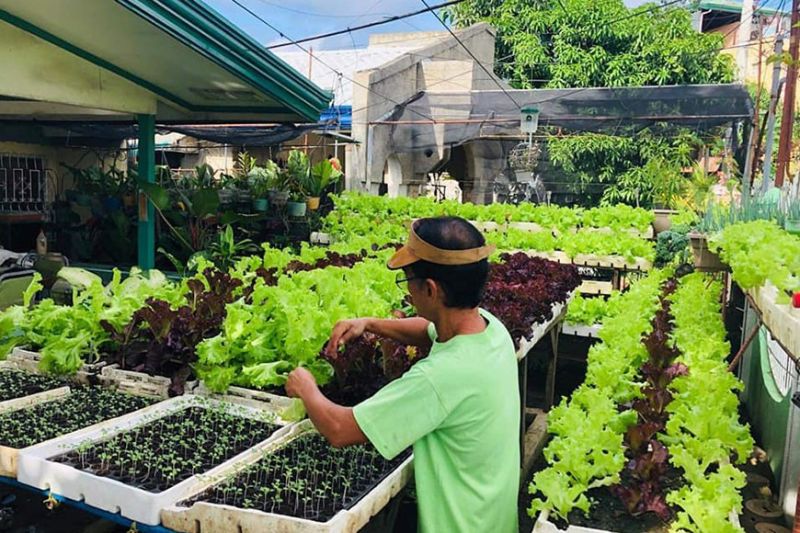 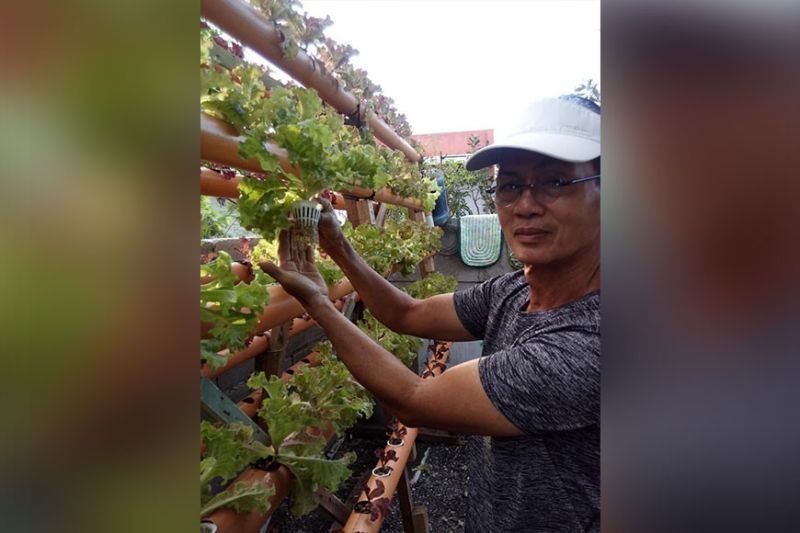 DAVAO. Maxey Atog shows one of his aquaponic systems he set up beside his house. (Photo from Maxey Atog's Facebook page)

MAXEY Atog earns an average of P20,000 a month just by keeping himself healthy and happy.

He considers this income a bonus.

Atog has been known for his organic urban gardening initiatives, his contribution to environmental efforts in Davao City.

In 2018, the organic farmer and former barangay kagawad in Barangay Angliongto gained the Lunhaw Award for his way of life.

When he transferred to the city from Davao Oriental, he looked for a way to continue his organic practice of producing his own food.

In 2008, he developed an urban container garden at home. He nourishes his vegetables with vegetable and garden scraps he composts and fish wastes from the aquaponic system he devised.

His crisp and fresh produce drew attention from the people, especially those who are health-conscious. His customers are Koreans and Chinese while others are those who were advised by their doctors to consume organic food.

(I did not expect that the things that I love to do and have been doing ever since can generate income.)

His bestseller is his lettuce which costs about P200 per kilogram (kg). He harvests at least 20 kilos in a week and 100 kilos in a month. He has also few trusted neighbors who grow organic lettuce which he buys and adds to his inventory to meet the demand.

Currently, he sells his lettuce and other produce at the Farmer’s Market at Rizal Park every Thursday and Friday and every day at Damosa Market Basket.

Apart from that, schools also turn to him for seedlings to be planted in school gardens. His ready-for-planting lettuce seedlings are already booked to five elementary schools.

They have ordered four seedling trays with 100 seedlings. Each seedling costs P5 which earns him as much as P2,000 for one school.

But what he is really proud of is his practice of composting which lessen the costs of inputs.

“Ang heart of organic farming is composting, meaning naga segregate ka. Sixty percent of our trash at home is biodegradable,” he said, adding that he uses the recyclables as comprising 20 percent of the household waste as containers and turning the remaining 20 percent of residuals into eco bricks for his plants’ infrastructures.

He said their house is almost zero waste and so far, one of the advantages of strictly implementing solid waste management.

(You spend more with chemicals but when you use your waste as an organic fertilizer, you do not need to buy it. It can be considered as black gold because it is valuable.)

He said composting may require a bit of effort to manage the wastes and doing it properly, but it can go a long way.

His expenses, he shared, are only minimal. His one pack of seeds for the next planting cycle of lettuce which costs P200 usually last for two to three months. He also buys manure to enrich his fertilizers.

Atog said his love for organic farming and his advocacy for the environment further allowed him to indulge in activities he was not able to do before.

(I am now able to visit nature parks that I cannot afford before because I already have enough to spend for it.)

(It is like I am employed with what I love doing because I gain income.)

Although he is not into mass production since it was not his real intention, he showed that it is possible with organic farming.

With the scarcity of people producing organic and healthy food, thus the unavailability of it, he said he would welcome others who will venture in organic farming.

(It would be better if there are others who will sell because I cannot supply all of them.)

He also encouraged the people to grow their own to ensure individual food security.

(It will be sustainable if you grow your own from the start.)

His advocacy unexpectedly flourished into a business mainly from the demand of the people to be healthy.

(You can call it a business, but it was not my intention to earn. I just wanted a clean environment and live a healthy life. It just happens that my advocacy generates money for me.)