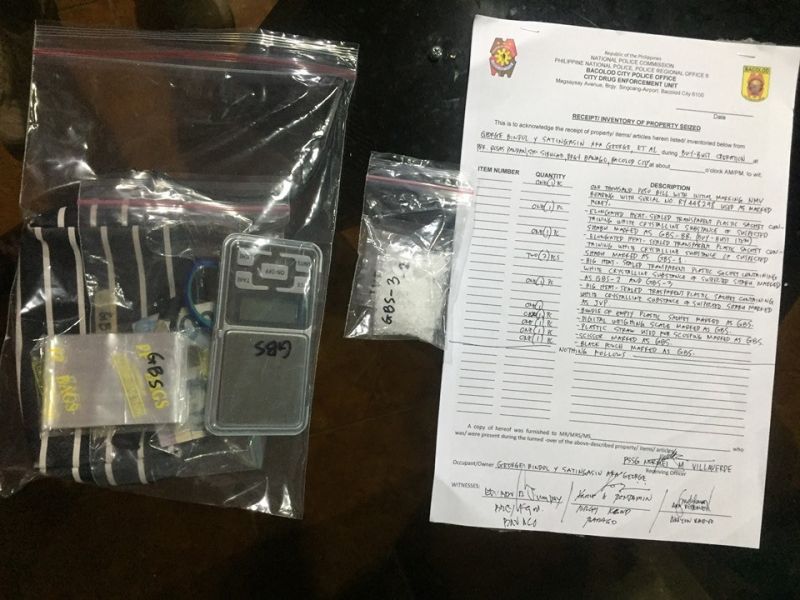 AN ESTIMATED P162,000 worth of shabu or methamphetamine hydrochloride was seized in separate drug bust operations of Police Station 3 in Bacolod City Saturday, February 22.

The operation led to the arrest of George Bindol, 55, Jared Villar, 32, and Nolan Bachoco, 43, all residents of Barangay Banago.

Police Lieutenant Colonel Ariel Pico, spokesperson of Bacolod City Police Office (BCPO), said that Bindol and Villar were arrested by operatives of Police Station 3 led by Lieutenant Colonel Levy Pangue after they sold a sachet of shabu to a police undercover in Purok Pandan, Barangay Banago around 10:20 p.m.

Police recovered from the suspects' possession five sachets of shabu weighing 15 grams and with estimated market value of P135,000, the P1,000 marked money, and drug paraphernalia.

Pico said the three suspects were identified as street level target in Bacolod City. They were under surveillance for almost a month before their arrest.

The suspects are detained at the custodial facility of Police Station 3 and facing charges for violation of Republic Act 9165 or Comprehensive Dangerous Drugs Act of 2002.