PNP affirms loyalty to Duterte ahead of Edsa rites 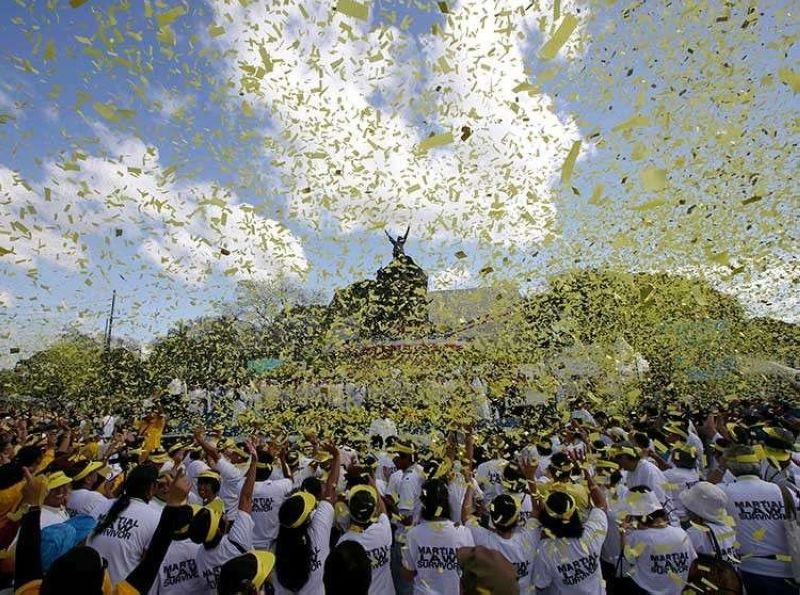 MANILA. In this February 25, 2013, file photo, yellow confetti rains on hundreds of people visiting the People Power Monument along Edsa Boulevard in Quezon City, Philippines, to celebrate the 27th anniversary of the People Power Revolution. (AP)

PHILIPPINE National Police (PNP) Chief Archie Gamboa said the police force will not support any attempt to oust President Rodrigo Duterte ahead of the commemoration of the 1986 People Power Revolution.

Gamboa downplayed the call of at least 100 protesters for Duterte’s ouster on February 22 at the People Power Monument along Edsa.

"They cannot afford it because they don't have the support of the police and the military," he added.

The country will commemorate the 34th People Power Revolution anniversary on Tuesday, February 25.

Gamboa assured that the PNP and their counterparts in the Armed Forces of the Philippines (AFP) will not support any plan to unseat Duterte.

"We assure the public that there is no such thing that will be supported by the PNP and AFP," the PNP chief said.

Earlier, Communist Party of the Philippines (CPP) founding chairman Jose Maria “Joma” Sison said military personnel, particularly those “loyal” to the United States (US), were cooking up a coup d’etat after the administration served notice to terminate the Visiting Forces Agreement.