Ceres started the season strong with a dominant 4-0 win over Lao club Svay Rieng FC two weeks ago also in the Rizal Stadium.

Than Quang, in contrast kicked off its campaign with an unfortunate 4-1 loss to Bali United in the Indonesian club’s home grounds.

The match was unfortunate for Than Quang because of a red card that came too early in the 4th minute and despite drawing first blood in the 20th with only 10 men.

But that alone is an indication of how dangerous a side Than Quang is, not to mention it placed third in last season’s V.League 1.

For one, the Busmen have struggled in their last three encounters against Vietnamese sides, all in last year’s AFC Cup.

After a 3-1 away win against Becamex Binh Duong FC in the Group Stage, it lost 1-0 in the return match in, of all places, in Panaad Stadium last year.

Ceres did advance but faltered against V.League 1 champions Ha Noi FC in the Asean Zonal Finals: drawing 1-1 the first leg in Panaad, and losing 1-2 in the second leg in Hang Day Stadium.

Kaya FC Iloilo vs. Tampines Rovers FC. Kaya is hoping to follow up its impressive win against Shan United in Myanmar last Feb. 12 with a similar result against the visiting Singaporean side tomorrow at 7 p.m. also at the Rizal Stadium.

Tampines, which edged PSM Makassar 2-1 in Jalan Besar Stadium in Singapore, also want to do the same with another win.

The last time Kaya faced a Singapore side, it crashed out of the tournament after losing the must-win match.

This was in the 2019 AFC Cup, whereing Kaya needed to win its final assignment against Home United in the Group Stage to advance to the Zonal Semifinals.

That didn’t happen and Home United advanced instead with a 2-0 win.

Hopefully, the home crowd in Manila will again show their support tonight for Ceres and tomorrow for Kaya at the Rizal Memorial Stadium. 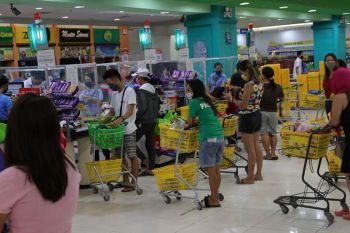