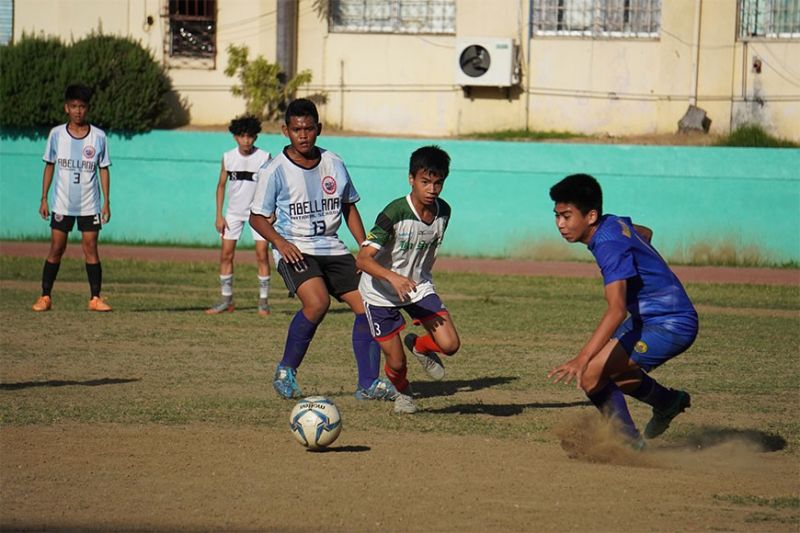 ONE of the top teams in the region in its heydays decades ago, the Abellana National School took a step closer to returning to its old glory after making the finals of the Boys 16 division of the AboitizLand Football Cup after routing powerhouse Don Bosco Technology Center in the semifinals on Feb. 22, 2020 at the Cebu City Sports Center.

DBTC A was the favorite going to the semifinal as it won all its five games in the elimination stage and scored 18 goals while not allowing any. On the other hand, ANS posted a 4-1 record to finish second to Ateneo de Cebu in the group stage. But DBTCA’s aura of invincibility lasted only 16 minutes against ANS as Mark Lester Zafra struck first in the 16th minute and added another in the 27th.

Loui Barro cut the lead in the 35th but Frances Jay Vercide made it 3-1 four minutes later. Francis Yosores got into the picture in the 44th and gave Abellana a three-goal cushion at halftime which it kept until the final whistle.

ANS will face Ateneo in the finals after Christopher Ozawa sealed a finals spot with a goal in the 42nd minute against KNF-Don Bosco Boys Home.

In the Boys 18 Division, Ateneo also advanced to the finals after beating the University of San Jose-Recoletos, 3-2. Jay Alinsugay gave USJ-R the lead in the 17th before King Baclada Eric Balaga got Ateneo on top with goals in the 43rd and 48th minutes. (PR)