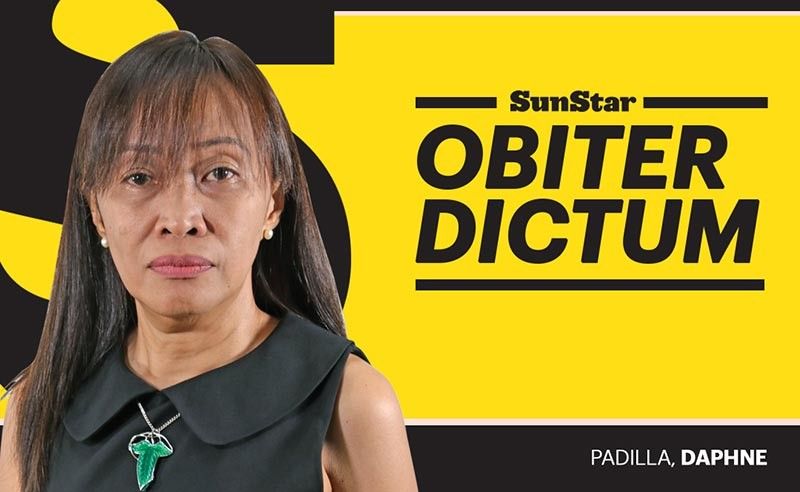 LARRY Tesler, the inventor of the “cut, copy and paste” commands on computers has died. I have not heard of him until then and realized how immense and indispensable his contributions to the digital world were. He was also credited for helping develop the terms “user-friendly” and WYSWIG or “what you see is what you get”.

Though Tesler aimed to make computers affordable, practical and easy to use, he also devised Tesler’s law, a tenet that holds that “in any computing system there is a level of technical complexity that cannot be reduced.”

I realized I have been using Tesler a lot of times in my life like WYSWIG. I have been told that it is ‘not nice’ to hold people on first impressions. But given time, a lot of people are what they really are at first impressions and how we see them despite the presence or lack of trappings. A TV jester turned politician is still a dunce yet this time no one is laughing with his brainless rejoinders during senate hearings. His latest caper was bringing a ten-minute unverified video material to a formal hearing citing the Covid-19 as a “bioweapon”. The fact that a lawyer who’s also a diplomat dismissed the video as the “craziest” makes me think this person is an amoeba disguising as a human. He just likes that in his television shoes.

Then there’s the command “copy”. In the various instances that we’ve worked together, my friend Assad would always ask food attendants to pack leftover fish and meat. His was the real “doggy” bag because as soon as we leave the restaurant, we’d be scouting the streets for stray dogs or cats and feed them the leftovers and even watch them eat at a distance. So, I have copied that and have befriended some of the neighborhood stray dogs who would sometimes tail me when I walk home. Not bad at all.

The other day while talking to a friend about disturbed people, I mentioned about a past who was suicidal. He said that we should not talk about the “past” at all even if it were slightly entertaining. He mentioned that in his social media accounts, he does not delete but unfollows and cognitively erases past. He does not delete or unfriend because if he unfollows, he does not see them anymore. Yet, if they see him and get affected, it’s supposedly their woe not his. Call it ego.

Cutting off or deleting people can come in different ways. Like what Tesler left us with, some people are not only psychologically twisted but they have also come to believe that such complexity and malfeasance makes them unique and geniuses. In my page, I press delete and sprinkle salt.