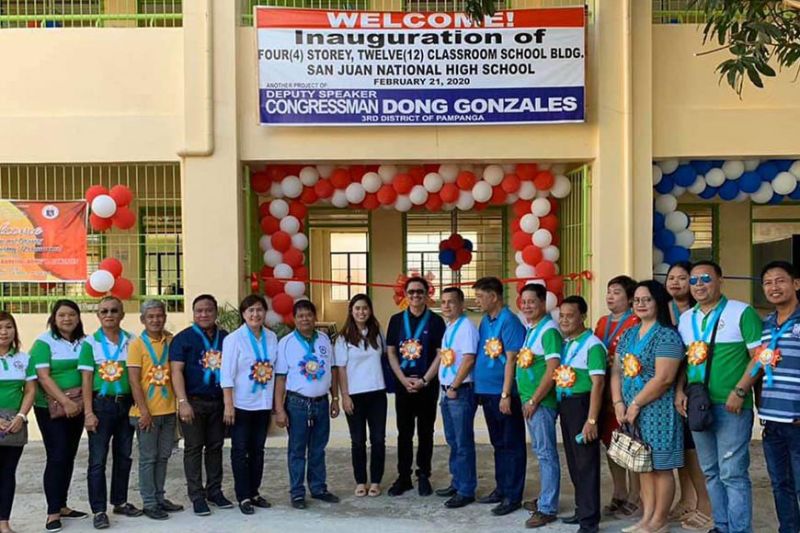 The school project was made possible through the initiative of Gonzales who lobbied to have the school built to address the growing need for more classrooms.

Gonzales said San Juan National High School is among secondary educational institutions in the town with a growing student population each year.

The building houses some 12 classrooms. Gonzales was joined by local town officials during the inauguration. The lawmaker also received a warm welcome from students and teachers of the said school.

Gonzales has been instrumental in the construction of dozens of roads, buildings and covered courts in Mexico. The said school building is the latest of his projects along with other infrastructure projects already in the works.

The lawmaker also urged village leaders to identify needed infrastructure developments in their respective areas so that these could be studied and recommended for funding. He said that vital road networks in his district are currently in works.

Gonzales added that a district that looks into the development of adequate road networks would reap the benefits of proper urban planning in the long run.