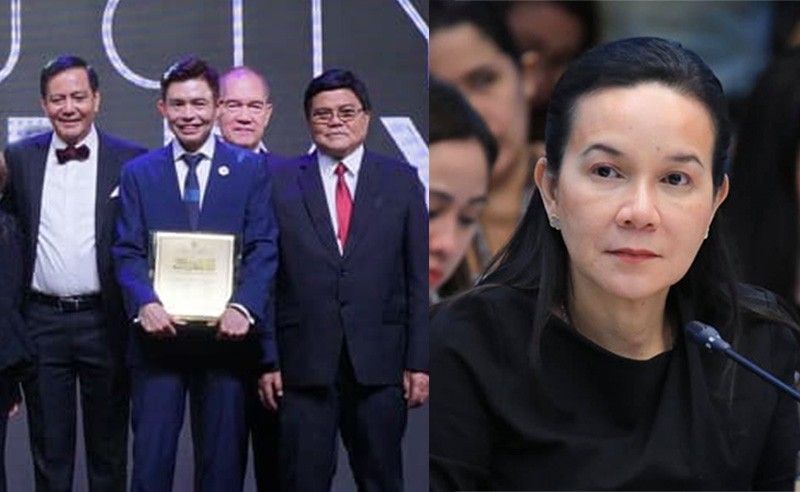 It would’ve been awkward for Calida to be facing off with ABS-CBN executives while his motion to gag everyone was still pending at the Supreme Court. Still, chairperson Grace Poe said, other resource persons were able to shed light on the issue.

[2] SENATORS GO, DE LA ROSA DEFENDING THE PRESIDENT. It would’ve been surprising if Bong Go and Bato de la Rosa did not speak out. It would’ve been “out of character” for each of them, whose influence rests on public perception of their being close to Malacañang, to take the opposite side or keep quiet.

[3] ONLY P2.6M NOT REFUNDED BY ABS-CBN to President Duterte. Of the P7 million the network was to return to Duterte in the 2016 campaign, ABS-CBN paid back P4 million and only P2.6 million was not returned on time. Duterte refused to accept and ABS-CBN apologized at the hearing for the delay. If there’s a missing P.4 million, that must have gone to the ad agency or the person who booked the ads.

Potencio “Yong” Larrabal III is the first Filipino to compete in and complete the World Marathon Challenge: seven marathons in seven continents for seven days. And he finished #12 in the 2020 competition that was held from February 6 to 12.

Each race covers 42.2 kms. with the runners flown to the site by chartered plane: from Novo Antartica to Capetown, Africa to Perth Australia, then to Dubai, Madrid. Brazil and finally Maine. It is both “a logistical and physical challenge. “

Yong Larrazabal was one of the awardees in the Cebu City Charter Day rites Monday, February 24, a recognition of his feat not achieved by any other Cebuano or Filipino.

Skill, training and the hefty fee are part of the price that has earned for Dr. Yong the recognition and appreciation of his country and membership in the Intercontinental Marathon Club.

Participants went through an ordeal of “marathon fatigue, jet lag and sleep deprivation... (as well as) the impact of temperature fluctuations.”

And the money cost was staggering. Each registrant had to pay 39,000 euros or roughly P2.15 million, payable one time (discounted) or in three installments.

The news report about a questionable DPWH contract with a company to build a P711.8 million underpass on U.N. Avenue in Mandaue City promptly raised questions: It’s obviously a national project but did local officials have anything to do with it? When was the contract bidded and awarded? Was the local congressman’s finger into the pie?

Inevitable questions though they may be unfair, especially if it was mostly the doing of the creator of the ghost project. But then even “ghosts” are not possible without the collusion of those who are supposed to watch out for their presence.

The 29-km. underpass reportedly would lead to the Marcelo Fernan Bridge that connects Mactan Island to Cebu.