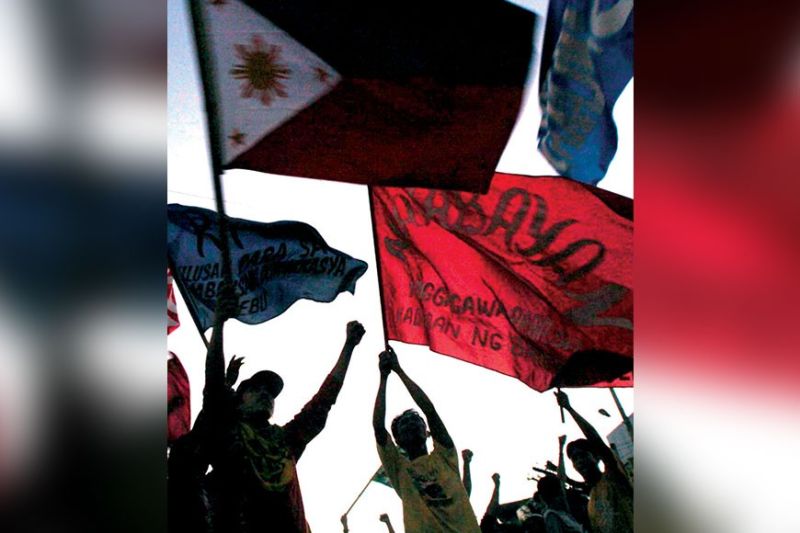 PEOPLE POWER REVOLUTION. People who were tired of the Marcos regime took to the streets 34 years ago and ousted the dictator in a peaceful uprising. (Sunstar File)

ALTHOUGH the way it has been celebrated over the years has changed, the lessons of the People Power Revolution in 1986 should never be forgotten.

Retired Regional Trial Court executive judge Meinrado Paredes, a prominent Cebuano figure in the struggle for democracy during Martial Law under the late dictator Ferdinand Marcos, was referring to the events that led to Marcos’ ouster and exile that year.

Thirty-four years ago, the Philippines garnered worldwide recognition for toppling a more than 20-year dictatorship in a bloodless revolution with a series of massive and popular demonstrations on the Epifanio de los Santos Ave., or Edsa, that started on Feb. 22 and culminated on Feb. 25.

For Paredes, this stage of Philippine history showed the world how the participation of all sectors of society could effect change.

But changes on how the event is being commemorated are evident, he said.

“During the first anniversary of the Edsa Revolution, many people gathered. Hundreds of thousands participated. Those who took a leading role in the ouster of dictatorship, they were there. But then some sectors tried to discredit Edsa, saying it was the military that won the revolution and not people power,” Paredes said in a mix of Cebuano and English. “They ignored the millions of Filipinos who took to the streets calling on Marcos to step down. From then on, participation in the Edsa Revolution anniversary waned.”

Emmanuel Mongaya, a retired Cebu newspaper editor who was present during the Edsa rally in 1986, said the Edsa celebration over the years has been divided.

Because of fluidity in politics, Paredes and Mongaya believe it is important for the new generation to be socially and historically aware.

The youth, Paredes said, must struggle to uphold democracy and freedom of expression and of the press. They must also fight attempts to revise history, he said.

Paredes reminded the public that Marcos had abolished Congress and controlled the media during Martial Law.

Mongaya, for his part, said it is important for the youth to carefully study history by learning which resources to read and believe in.

Meanwhile, Cebu City Mayor Edgardo Labella said what happened in Edsa showed the world that blood didn’t have to be shed during an uprising.

“This reminds us that we can have a peaceful revolution, peaceful grievances,” said Labella on Monday, Feb. 24, 2020.

Cebu City Councilors Antonio Cuenco and Joel Garganera, who participated in the simultaneous street rallies here in Cebu in 1986, said the event called for the people to keep an eye on the government.

Cuenco said the government is capable of committing abuses, which requires public scrutiny to be resolved.

He said he even led a rally here in Cebu City, which attracted more than 20,000 participants.

When he got wind that Marcos had issued a “shoot-to-kill order” against Corazon Aquino, who was in Cebu when the protests in Manila began, he and his wife Nancy hid the future president in the Carmelite Monastery in Barangay Mabolo.

The revolution might have agitated the public, Cuenco said, but it also united a public that was tired of the Marcos dictatorship.

Garganera, then a Political Science student at the University of the Philippines Cebu who participated in the protest marches in Cebu City, said now is the time to revisit the event.

“What we fought for before, are we still fighting it now?” he said.

A similar uprising may not happen again in their lifetime, but the two local legislators urged the public, especially the youth, to do patriotic deeds in their own little way.

Romielyn Romano, chairperson of the University of San Jose-Recoletos’ (USJ-R) Department of Social Sciences and Philosophy, said it is important to commemorate the People Power Revolution anniversary to instill in everyone’s mind that nothing is impossible, including getting rid of a dictator in a peaceful manner.

“It is important because it teaches us that we can do more if we are united. And that change can be achieved in a non-violent way like in Edsa,” said Romano.

Hannah Figuracion, a USJ-R fourth year International Studies student, said there is a need to celebrate what happened in Edsa 34 years ago because it had a great impact on the lives of every Filipino.

“It is important not just because we became a democratic country but because we were from the abusive hands of the Marcos administration, giving us the freedom to express,” she said.

Not a mere holiday

Phoebe Zoe Maria Sanchez, associate professor at the UP Cebu, recalled the hundreds of thousands of people from various sectors who went out on Edsa to display their outrage against the Marcos regime and the Marcos cronies.

She said the Edsa gathering was the “peak of all pent-up anger of the Filipinos from 1965 to 1986.

“Meaning, there were varied political formations that took place before Edsa People Power. There were variegated colors. There were different sectoral formations casting claims against the regime long before Edsa People Power took place. So the mass work was done many years before one Edsa uprising could take place. It was not an overnight call,” said Sanchez. “Although the underground movement against Marcos was not there, the underlying nuances that were triggered by the underground was felt and was evident in Edsa because Edsa represented the 16,000 other families violated by the Marcoses and the exploitative ruling class,” she added.

She said the events that took place back then should be seen as a great national turning point that today’s young should understand so they can contribute concretely to nation-building and not just make a parody of the commemoration.

“For me, it is politically derogatory to associate a providential nationwide incident as a mere holiday to skip official obligations,” Sanchez said, adding that the occasion should be used to “re-educate and decolonize a colonial mentality” since members of the current generation would not be who they are today if there were no protest actions and people who stood up against tyranny in the past. (WBS / JJL / MAE FHEL GOM-OS, USJ-R JOURN INTERN )