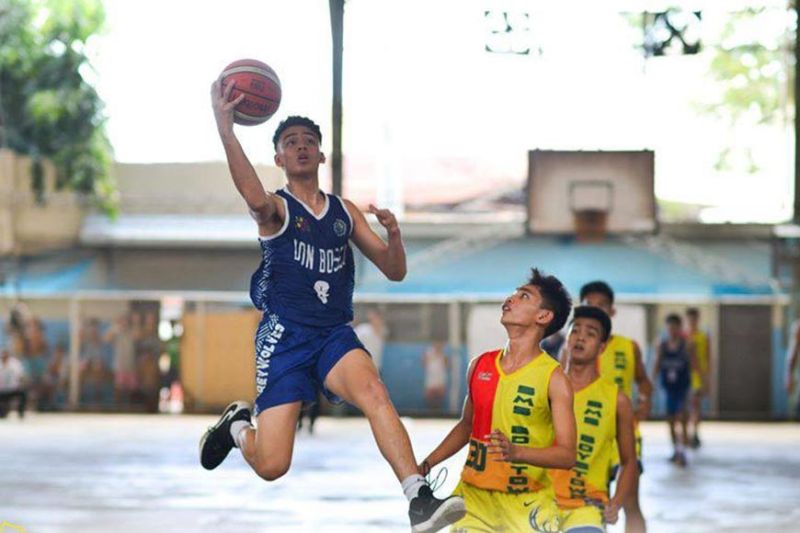 Don Bosco’s Vincent Escobido glides to the rim for a lay-up. / Contributed

THE Don Bosco Greywolves booked a ticket to the Under-18 Division 1 playoffs of the MVPSF Youth Basketball League-Cebu (MYBL-Cebu) backed by Smart Communications after it edged the resilient Sisters of Mary School-Boystown, 59-55, at the Ateneo de Cebu basketball court along General Maxilom Avenue on Saturday, Feb. 22, 2020.

The win boosted Don Bosco’s win-loss record to a perfect 3-0, thereby assuring them of the top spot in Group A. Boystown dropped to 2-1.

The win though, was a hard-earned one for the Greywolves as Boystown fought until the very end. Down 43-46 at the beginning of the fourth period, Boystown was able to knot the count at 50-all. However, Don Bosco retaliated with a brief run sparked by Vincent Escobido and Nichole Cabañero to move in front, 67-62, with three minutes to go in the ballgame.

Boystown’s last hurrah came in the form of a triple from Ivan Cabodbod that pulled them to within two, 55-57, but Jason Almero canned two free-throws to seal the win for Don Bosco.

Cabañero led the Greywolves with an impressive double-double of 19 points and 16 rebounds while Escobido had 13 markers and four assists.

In the other Under-18 Division 1 match, the Salazar Colleges of Science and Institute of Technology defeated the University of the Visayas (UV) Mandaue, 46-33. Jude Betonio almost had a double-double in that game with 13 points and nine rebounds. (JNP)