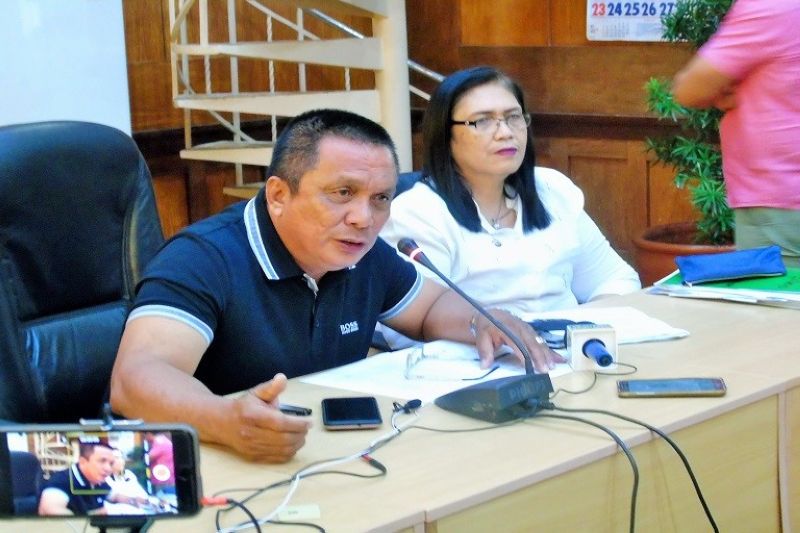 DUMAGUETE. Negros Oriental Governor Roel Degamo says he will meet with leaders of religious groups in the province to impart the government's counter insurgency approach. (PIA)

NEGROS Oriental Governor Roel Degamo said he will meet with officials of the religious sector in the province to impart the government's approach in countering insurgency.

He said leaders of the religious sectors can help in advancing the peace initiatives of the government especially since they can reach out to the residents living in the hinterlands.

"It's proper to pull them together and we will talk. Ga-expect ta na active sila na mo-participate especially sa ilang mga members kung unsay gipanglatod na mga buhatunon sa Elcac (We expect them to actively participate and involve their members especially on the activities of the Elcac)," he added, referring to the Negros Oriental Task Force to End Local Communist Armed Conflict (NOTF Elcac).

The governor's meeting with religious leader is set on Wednesday next week.

"Katong nahuman na is P209 million dayun naa tay additional na P70 million for this year. Kung mahuman nato na atong maapahapsay ang dalan gikan sa Mabinay paingon sa Luyang-Pantiao-Cabcaban-Nalundan (The part that was completed cost P209 million and we have allocated additional P70 million this year to finish the project. Once this gets completed, we will be able to concretize the passage from Mabinay town going to Luyang-Pantiao-Cabcaban-Nalundan)," he said.

The areas mentioned by Degamo are located in the northern part of the province.

Degamo also noted that there is an ongoing road concreting in Barangay Dobdob in Valencia town and another road construction will start in sitios Nagbagang going to Avocado in Sta. Catalina town.

The concreting of roads is one of the priority interventions identified to address the problems associated with insurgency in Negros Oriental.

Meanwhile, Degamo declared that more barangays in the province will be covered by NOTF Elcac.

He did not disclose how many or the specific names of barangays, but said these are located in the towns of Manjuyod, Ayungon, and Bindoy.

The NOTF Elcac's main approach to counter insurgency is to address the needs of the community, enhance the delivery of social services in the hinterlands, and bring government programs and services closer to the people.

Degamo emphasized in the past activities of the task force that lasting peace cannot be attained by bullets but rather by winning the hearts of the people. (PIA)