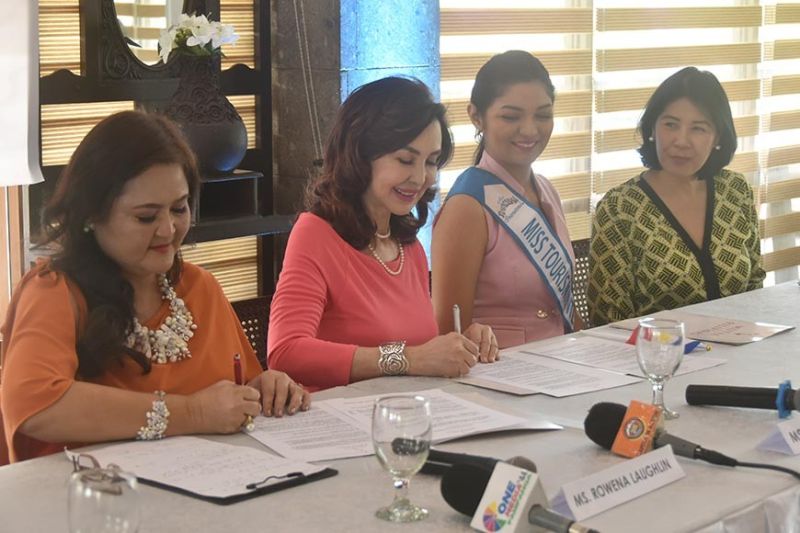 Quirino, a pageant guru and president of the Mutya Pilipinas organization, forged a franchise agreement with Rowena Laughlin, businesswoman and beauty enthusiast, during a contract signing held at the Imang Nene Kapampangan Cuisine, Orchid Gardens Resort Complex in this city.

"Pampanga is traditionally known not just for its wonderful cuisine, but also as a prime source of beautiful and intelligent women. There is no such beauty pageant without a candidate from Pampanga," Quirino said.

During the event, Laughlin was installed as the first provincial director of the Mutya Pilipinas-Pampanga.

"We're still in the planning stage. But most probably, with the help of many people, I'm sure that the first ever Mutya Pilipinas-Pampanga will be a successful one," said Laughlin, when asked about her future plans for the pageant.

Laughlin also mentioned that "whoever wins, she will be representing the province in the national competition."

"We will make sure to give the national tilt the best candidate who will make our province the proudest," she added.