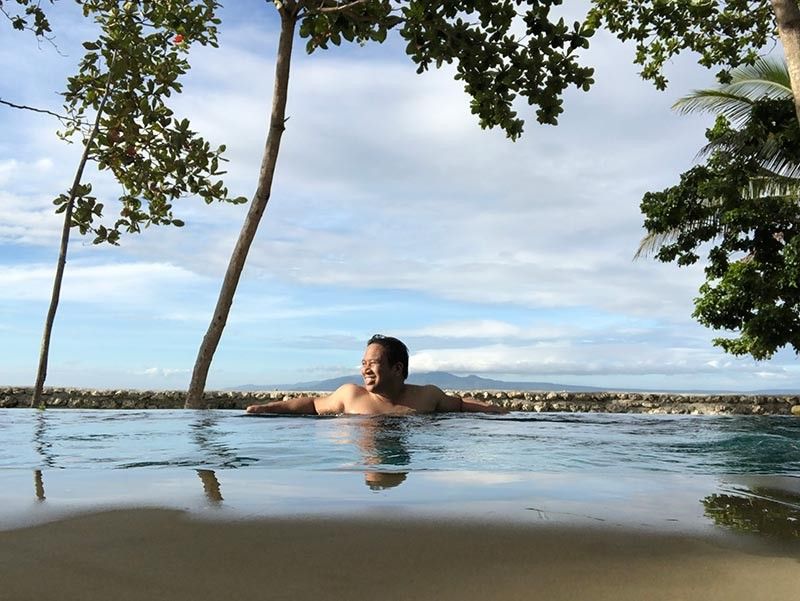 DAVAO. After many attempts, this was the best selfie I got while in the plunge pool. It was nice spending most of the morning here just relaxing. (Reuel John F. Lumawag) 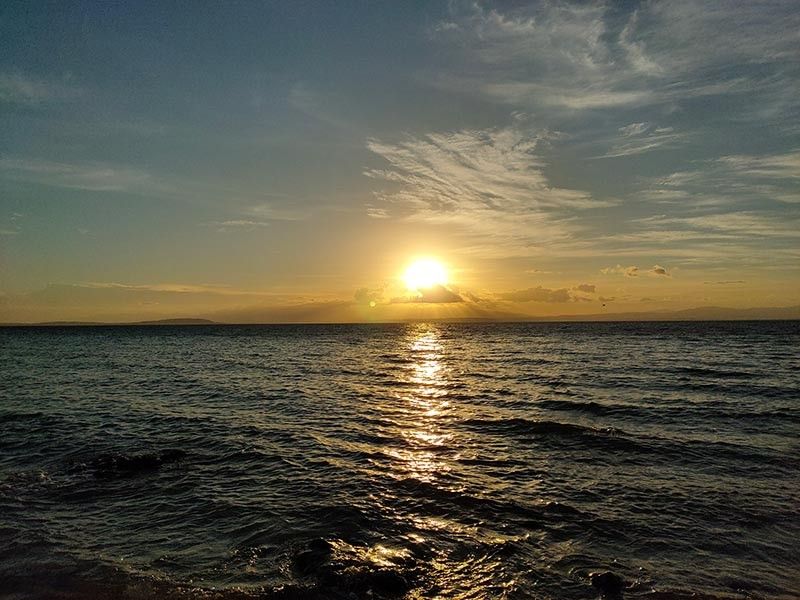 DAVAO. We had cocktails and finger food while enjoying this wonderful view. (Reuel John F. Lumawag) 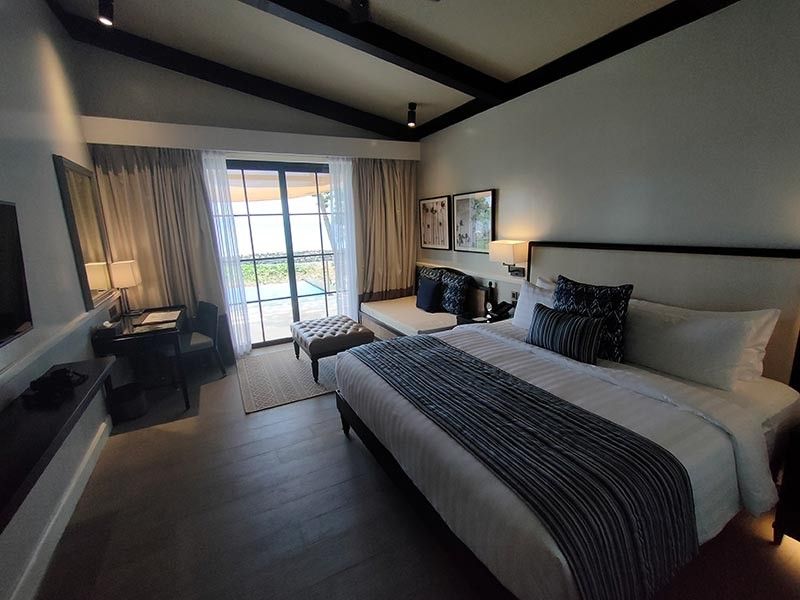 DAVAO. The bedroom in the suite was large and the bed was very comfortable. (Reuel John F. Lumawag) 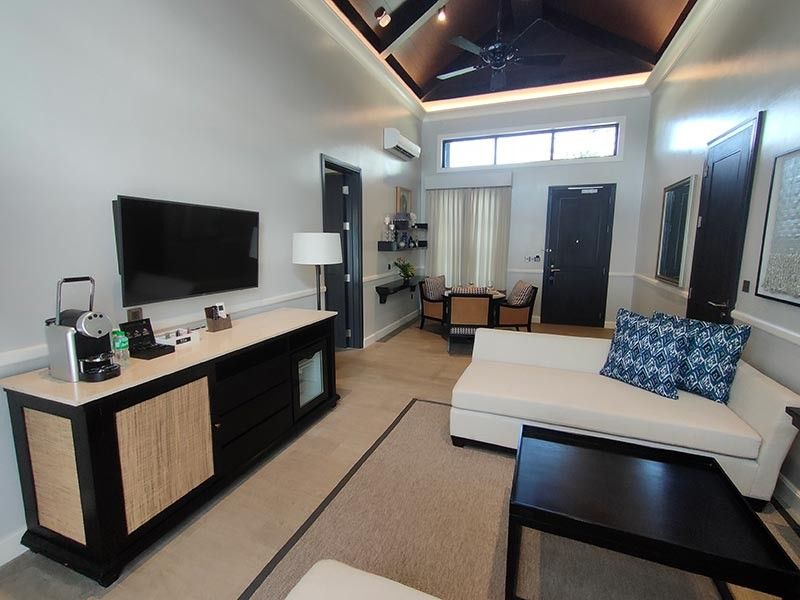 DAVAO. The living room and a small dining area near the entrance. (Reuel John F. Lumawag) 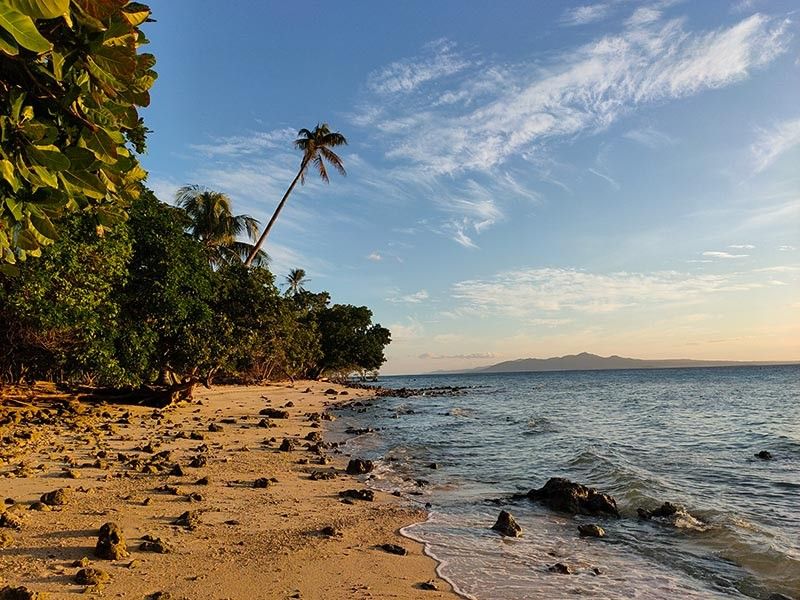 DAVAO. The beach at the western side of the island. (Reuel John F. Lumawag) 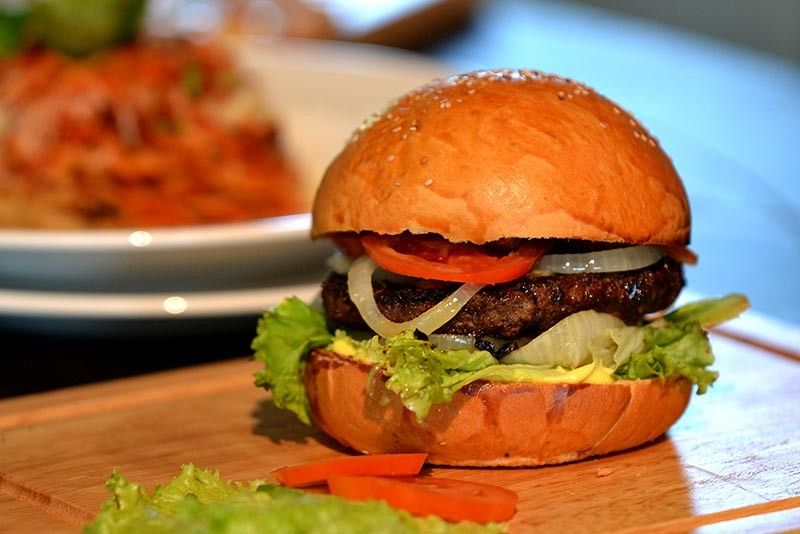 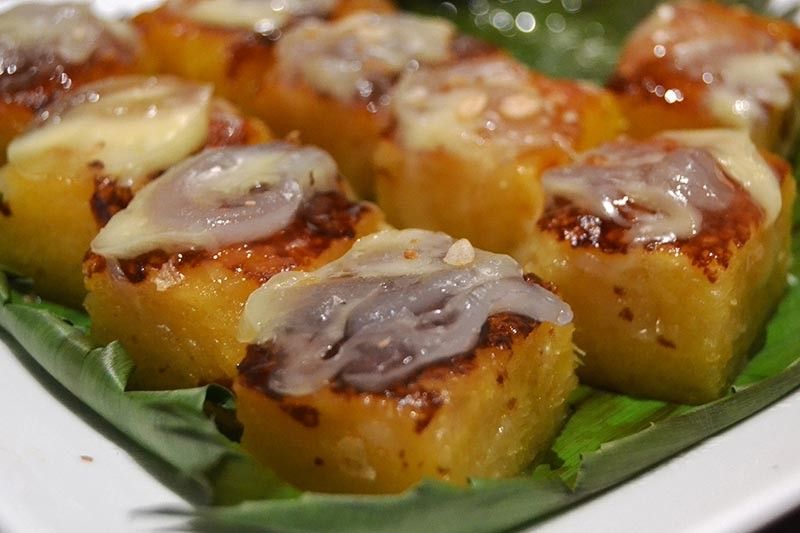 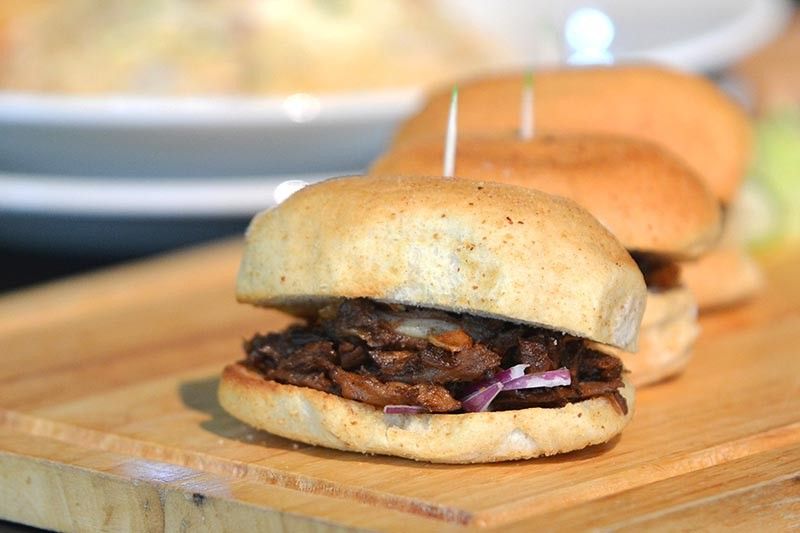 IT WAS a smooth and breezy boat ride to Kopiat Island on a Tuesday morning.

The island, which was formerly a coconut plantation, has been developed into an exclusive and luxurious beach resort by the Torre Lorenzo

Dusit Thani Lubi Plantation Resort "is inspired by the tropical modernist designs of the late architect Geoffrey Bawa and the colonial Sri Lankan coconut plantations of the 1920s." The beach resort is part of the three Dusit properties in Davao; the other two being dusitD2 Davao and Dusit Thani Residence Davao.

As our group, which is composed of members of the media from Davao City and Manila, stepped out of the speed boat upon arriving in the island, we were greeted by the cool beach breeze and the clear waters of Davao Gulf. From a distance, you can see the mountain range making for a dramatic backdrop.

While we may have arrived at lunch time, the heat did not bother us much because of how breezy it was that day.

Each of us will be staying in the One Bedroom Seafront Suite, which is part of the 114 square meter (sqm.) two-bedroom luxury villa of the resort. The other part of the villa is the Studio Villa Twin.

The One Bedroom Seafront Suite features a plunge pool, which was really cool. Who does not want pool outside their villa?

From what was supposed to be a work-related trip, this was quickly becoming into a "workcation."

The suite was huge. When I entered the suite, to my left was a small dining area. Then in front of me was the living area. Fronting the sofa was a flat-screen TV on top of a wide TV counter. On top of the TV counter was a Nespresso machine. You will also find the water heater, cups, and the mini-bar at the counter.

The bathroom was large with a double sink separating the shower room and toilet. The bathroom also leads to the private outdoor tub and shower. Another highlight of the trip at Lubi is their food. From the moment we arrived to the sunset cocktails to our final meal before leaving for Davao, the food was consistently good. Whether it was at the Tarictic Grill or Burger Bar. Among the standouts were the Pork Adobo Slider, Beefzilla Burger, and Lava Cake at the Burger Bar. At the Tarictic Grill, standouts include the Roasted Chicken Adobo, Tortang Talong with Pork Bagnet, Grilled Malasugue, Green Chicken Curry, Cassava Bibingka, Lubi Halo-halo, and Ensaymada.

The Cassava Bibingka was the most unforgettable. It was simply delicious.

Another cool aspect of the resort is The Mill, which is also the resort's Game Center. Aside from housing the Burger Bar, it also features a table tennis area, karaoke room, billiards, dart, and PS4 booths. I spend around an hour playing at the PS4 booth during our stay. Near the The Mill is a large chess board and the tennis court. I love how fun this area of the resort is.

In the afternoon, we also had cocktails by the beach at the Western side of the island. Here we had a wonderful view of the sunset while enjoying some finger food and cocktails. Those bacon-wrapped sausages were good.

After fiery evening and delicious meal at the Tarictic Grill, I was excited to crash into the bed. I was impressed how they have prepared the room for me to get a good night's sleep. The throw pillows have been stored in the closet and the curtains were drawn shut. On the table was a plate of bread pudding.

When I woke up the following day, I spent a couple of minutes in the plunge pool before breakfast. I also had coffee and ate last night's bread pudding while lounging.

After breakfast at Tarictic Grill, instead of snorkeling, kayaking ,or jet skiing, I opted to spend more time in the room to enjoy it more. I also spent an hour at the plunge pool before lunch. Aside from attempting to get the mandatory pool selfie, I also made attempts to get a decent "water bending" shot.

It was a pleasant stay at the Dusit Thani Lubi Plantation Resort. This exclusive and luxurious island resort is a must visit in the future. The food here is good and the service was great too. Though it may seem that there are not as many activities here, you would be surprised that you would prefer to lounge in the villa instead of going out.