Tell it to SunStar: Junking the Visiting Forces Agreement

AS we commemorate Edsa Day, we proclaim a shared desire for a democratic, vibrant, and free Philippines. As such, we add our voices to the call that the Visiting Forces Agreement (VFA) with the United States should be terminated. Junking the VFA honors our sovereignty.

President Rodrigo Duterte has made a correct move, but for a wrong reason. Saying that he is motivated to do so in the defense of his long-time henchman and friend Sen. Bato dela Rosa, in response to the cancellation of his US visa is foolhardy. The former PNP chief and implementer of Oplan Double Barrel is strongly connected to the “War on Drugs,” with the killing of more than 5,000 as reported by the Philippine National Police (PNP). The Duterte administration levied in their cruel treatment of decades-long missionary Sr. Pat Fox, NDS that a visa is a prerogative of the host country; surely, respect for the ministry of a revered missionary in the country should have held more importance than a simple tourist visa of Senator dela Rosa. Though it is not surprising, Duterte’s strong arm in attempting to defend his henchman and bloody “war on drugs” is out of place. There are strong and principled reasons to terminate the VFA with the US.

As a sovereign nation and as a people who have no ill intention of doing harm to neighboring countries, there is no basis to keep foreign armies in place for war. Internally, the Armed Forces of the Philippines and the PNP are significant in strength and power. The Global Firepower (GFP) ranked the Philippines Military strength as 48 out of 138 countries for 2020. This ranking, which is based on each nation’s potential war-making capability across land, sea, and air, demonstrates that we have our own troops and capabilities.

The VFA is an expression of our continued subservience to US imperialism. Our colonial history, and the vestiges and tentacles of a neo-colonial present continue to tie us to foreign masters. We should assert our nation’s sovereignty and nurture the Philippines for the welfare of Filipinos.

After Marcos was ousted in 1986, we pushed forward in our struggle of national sovereignty and defense of our patrimony. In 1991, the Senate made a decisive act of political will and rejected the renewal of a treaty for US bases. As we are reminded of the victory of People Power, we must rise to the challenges of our continuing struggle for sovereignty and independence. We should not tolerate the stationing of foreign troops in our territory. The VFA makes us more vulnerable to attacks of imperialist countries as they position themselves and prepare for war over economics and trade. (By Promotion of Church People’s Response) 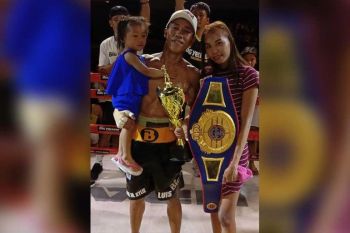