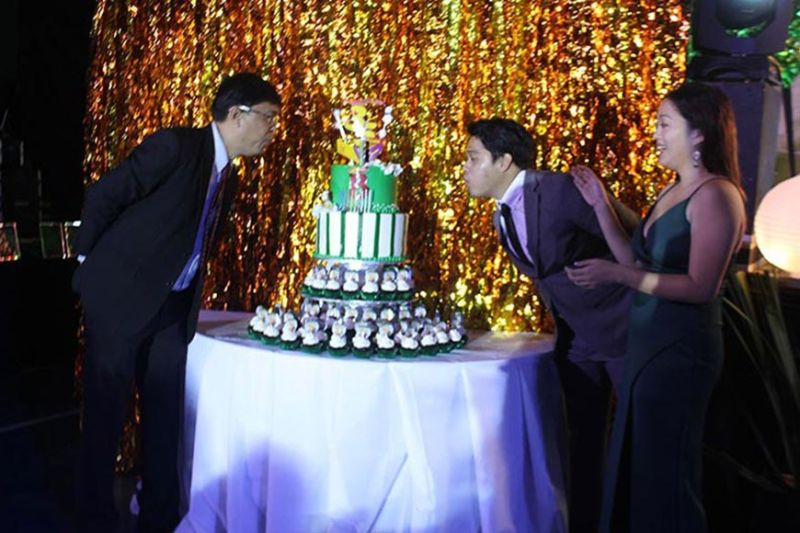 THE Bread and Butter bakeshop company has taken the challenge of creating hundred more franchises in the next ten years.

John Guidon Macciri Dela Cruz, president of the JG Maccirri Corporation, said this goal as the bakeshop celebrated their 35th years anniversary Monday night, February 24 at the ABL Sports Complex at the Capitol in Kalibo, Aklan.

“For the past 35 years, we were able to build hundreds of franchise in many provinces in the countryside. I challenge everyone to create a hundredth more in the next ten years,” Dela Cruz said.

Invited during the celebration as guest is Aklan Vice Governor Reynaldo Quimpo.

“The province of Aklan’s economic growth is driven by the private sector such as the Bread and Butter which has hundredths of employees and its affiliates.

The company started several years ago as a home-based pandesal store. After several years of hard work and perseverance, the company now has produced into six more companies in food shop, hotel among others.

The Bread and Butter also received presidential citation for excellence in small and medium enterprise during the time of President Gloria Macapagal-Arroyo. (SunStar Philippines)