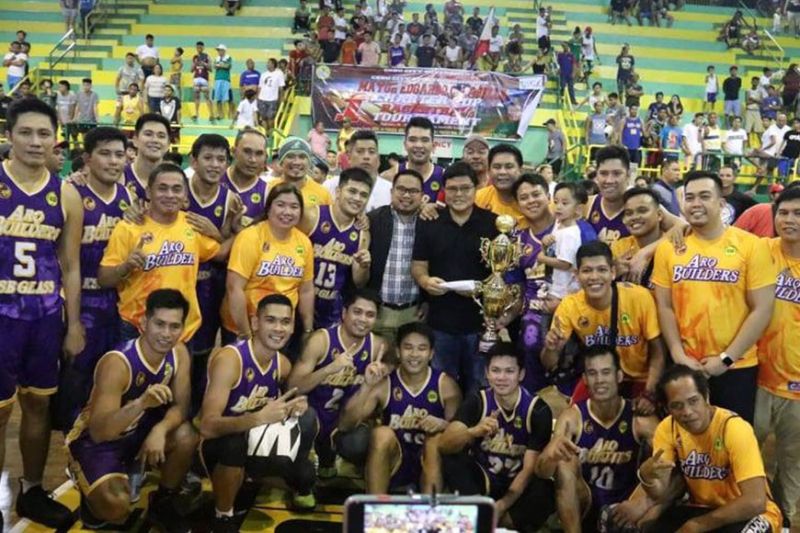 THE ARQ Builders-KSB Glass picked the right time to find its groove as it dominated the previously unbeaten Kiboy’s Computer Solutions (KCS) and came away with a 98-90 victory in the finals of the Mayor Edgardo C. Labella 1st Charter Cup Basketball Tournament at the jampacked Cebu City Sports Institute on Tuesday night, Feb. 24, 2020.

Down by four, 27-23, early in the second, the Marvin Caro-mentored ARQ-KSB uncorked a blistering 14-0 run sparked by former pros Jerick Cañada and Jojo Tangkay to seize a 37-27 lead and head into halftime ahead by 12, 54-42.

The third period saw more of the same offensive dominance from ARQ-KSB as it raised its lead to a high of 21, 74-53, after a booming three-pointer by Cesafi MVP Shaquille Imperial with 4:59 to go during that stretch. However, KCS was able to bring the deficit down to just 13, 67-80, with one more period left to play.

However, the veteran-laden ARQ-KSB of team owner and businessman Jason Arquisola was barely fazed as they opened the final stanza with five straight points capped off by a triple by Reed Juntilla to bring their lead back to 18, 85-67.

A late flurry of points by KCS pulled it to within six, 88-94, with 42 seconds remaining but Juntilla answered with a floater 10 seconds later to secure the win, the championship and the whopping P150,000 cash prize for ARQ-KSB.

Showing the kind of depth that has made it one of the most feared commercial basketball teams in the country, ARQ-KSB had seven different players score in double-figures led by the 25 points of Ferdinand Lusdoc and the 16 markers of Juntilla.

Frank Nailon and Cañada had 12 points each with the latter adding nine assists across his name. Waylan Muñoz chipped in 11, while Imperial and Tangkay contributed 10 points apiece.

Joshua dela Cerna and Vincent Minguito scored 23 points each to lead KCS, which went into this game on a six-game winning streak.

Meanwhile, Fighter 50 pocketed the third place trophy with a 68-66 win over ASPA. Kevin Villafranca sank the game-winning basket from Fighter 50, making a jumper right before the final buzzer to lift his team to the win.