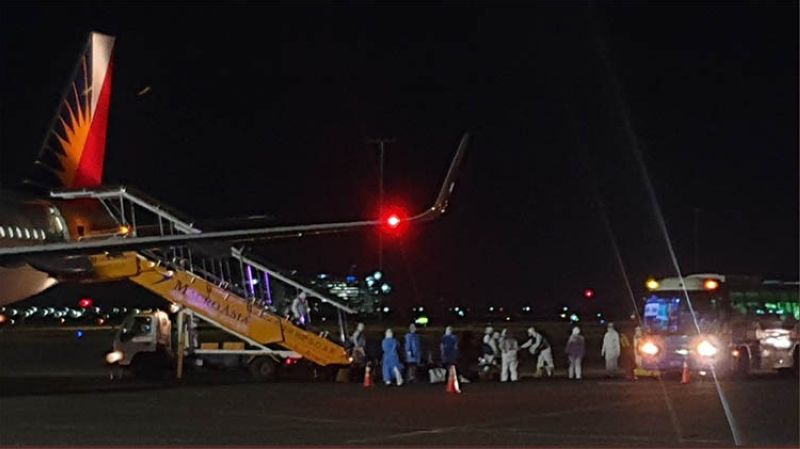 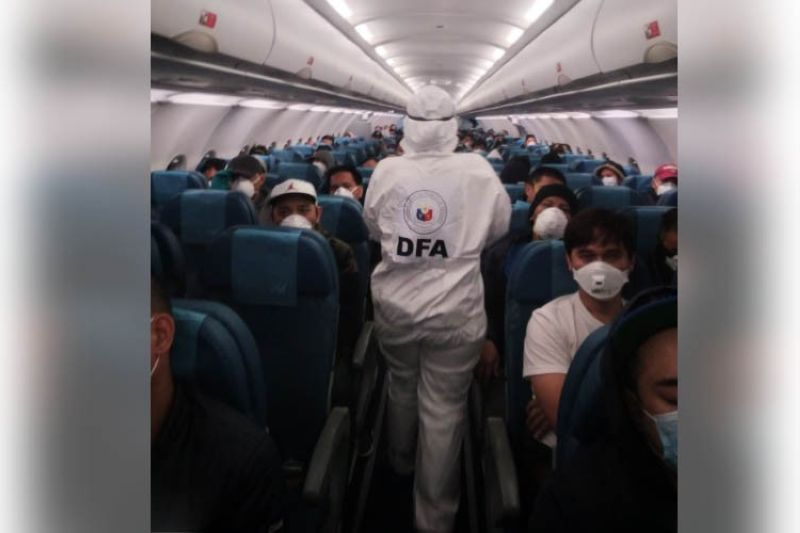 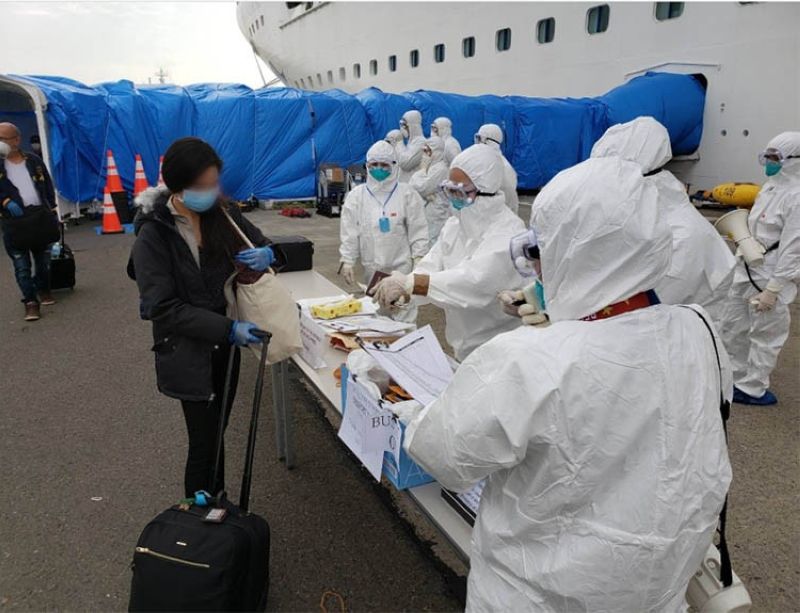 A TOTAL of 445 Filipinos from the coronavirus-hit cruise ship MV Diamond Princess in Japan arrived in the country late Monday and were taken to New Clark City for another 14-day quarantine.

The first flight left the Ninoy Aquino International Airport (Naia) at 11 a.m. Tuesday, February 25, for Haneda Airport in Tokyo. It arrived in Tokyo less than four hours later and returned to the Philippines on the same day, arriving at the Haribon Hangar in Clark Airbase at 10:10 p.m. Tuesday.

The second PAL plane took off from Naia a couple of hours after the first flight. It returned to the Philippines via Clark Airbase at 12:12 a.m. Wednesday, February 26.

All 445 Filipinos had tested negative for the coronavirus before they were allowed by the Japanese Ministry of Health, Labour and Welfare to get off the ship in Yokohama, the DFA said in a statement.

They were then transferred by bus to the Haneda Airport in Tokyo.

The 445 repatriates were among the 538 Filipino crew and passengers on board the virus-stricken ship, which was placed under quarantine in Yokohama from February 5 to 19, 2020.

Of the 538, 80 were found positive for Covid-19, the respiratory disease caused by the novel coronavirus. DFA Undersecretary Brigido Dulay said earlier that 10 have recovered and have been discharged from the hospital.

The DFA did not specify whether the 10 former patients were among the repatriates. Neither did the agency say where the 13 Filipinos, who are not among the 80 patients and the 445 repatriates, are.

Upon arrival at the Clark Airbase, the repatriates as well as the DFA and DOH team were taken to the Athletes' Village in New Clark City in Capas, Tarlac.

They will have to undergo another 14-day quarantine before they will be allowed to finally go home.

The repatriation of the 445 Filipinos from the ship was approved by the Inter-Agency Task Force on Emerging Infectious Diseases.

This is the second batch of repatriates brought home by the government since the coronavirus outbreak in late December 2019.

The first batch included 30 Filipinos from Wuhan City, China, epicenter of the outbreak. All 30 as well as the repatriation and medical teams who brought them home completed the quarantine period and released on February 22, 2020.

The quarantine period has been set for 14 days, the incubation period of Covid-19.

The Philippines has had three confirmed Covid-19 cases, all involving visiting Chinese nationals from Wuhan. One had died, the first mortality recorded out of China, while two have been discharged.

As of Monday, February 24, 2020, there were 126 patients under investigation (PUI) for the disease in isolation in various hospitals across the country.

Globally, a total of 80,239 persons have been infected as of February 25, 2020, the World Health Organization said.

The death toll has increased to 2,700, including 34 outside China. (MVI, SunStar Philippines)