Police warned to watch out for traps in marijuana plantations 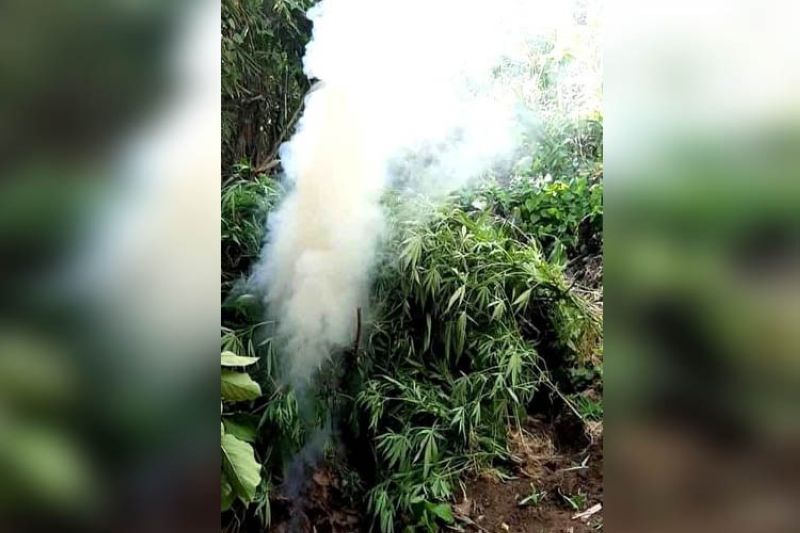 THE police were advised to be more vigilant in raiding marijuana plantations, after booby traps were discovered during a marijuana search operation in Barangay Gaas, Balamban on Tuesday, Feb. 25, 2020.

Aside from the booby traps, police noticed that most of the marijuana was planted under bamboos, which made it difficult to be detected by drones.

The Cebu Police Provincial Office said it discovered the booby traps during an operation in Balamban and one of the personnel of the Cebu Provincial Police Office almost hurt himself after his foot got caught in one of the intended traps.

Because of that, Police Lt. Col. Randy Korret is warning members of th City Mobile Force Company of the Cebu City Police Office to be more careful when they conduct their raids.

Some 15,000 marijuana plants worth P6 million were uprooted by members of the CMFC in three separate locations in Sition Manggabon, Barangay Tagba-o, Cebu City at 3:30 pm on Feb. 25.

According to Korret, a resident in the area reported the presence of the marijuana plantation.

The CMFC then conducted an operation called “Oplan Vanadium” which resulted in the uprooting of the marijuana plants that were immediately burned in the area by the Philippine Drug Enforcement Agency Central Visayas (PDEA 7).

Police collected samples for the PDEA 7 laboratory to determine the type of marijuana.

Police are now planning to plant bamboos in the area so some farmers in the area will not return to marijuana cultivation. This may also help the reforestation program and could give farmers a source of livelihood.

“That is our plan, We will coordinate with the advisory council of the CMFC. They will be providing bamboo seedlings, because in the plantation site, there were bamboo planted that covered the marijuana plants, which made it hard for our drones to identify,” said Korret. (AYB /RSR)