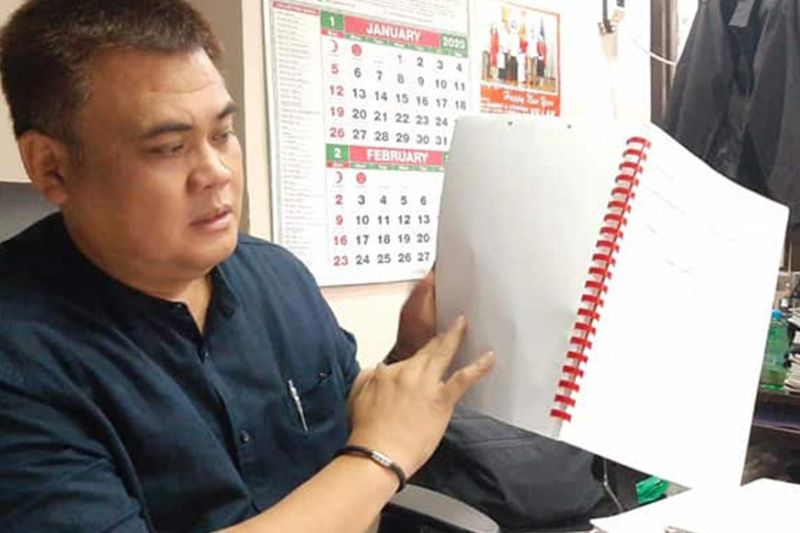 MEMBERS of the majority bloc in the Misamis Oriental Provincial Board walked out of the session hall Monday, February 24, after trading barbs with Vice Governor Jeremy Jonahmar Pelaez over the internal rules and procedures of the legislative body.

Board Member Dexter Yasay made a motion to recess and left the hall, saying: "I can never allow this kind of leadership."

The rest of the majority members followed and walked out of the room and never came back.

The heated argument started when Pelaez refused to relinquish the chair so he can read an opinion of the Department of the Interior and Local Government (DILG) pertaining to his functions as head of the Provincial Board, following the approval of the amendments of the internal rules.

Yasay moved for the approval of the amendments of the house rules that would change the chairmanship of the rules committee and would require Pelaez to sign the approved resolutions and ordinances within 10 days.

The house was divided after Board Member Jessa Mugot objected, but the majority ruled.

After the approval, Pelaez tried to read the said DILG opinion on the rules governing the enactment of ordinances and resolutions.

But Pelaez did not give up his chair as asked by the majority and have it read instead by Mugot.

"Dili man ko mag-discuss ako lang ning basahon (I will not discuss it; I will just read it)," Pelaez said.

But after Mugot read the DILG opinion, Pelaez tried to explain further, which was opposed by the majority.

Sabal said the matter was already approved so there is no point for a discussion.

"As agreed, you can have it read by Board Member Mugot. That's all. You don't have to explain and discuss further," Sabal said.

On January 31, Pelaez issued a memorandum addressed to all board members directing them to comply with the rules governing the enactment of ordinances and resolutions based on the Implementing Rules and Regulations of the Local Government Code.

The memorandum did not sit well with the majority members.

He said all matters affecting the proceedings of the board should be deliberated and approved by it as a collegial body.

"We have formulated our house rules so that there is smooth implementation of our regular session, hearings and meetings," Sabal said.

"He agreed to the house rules, why now on our eighth month, all of a sudden he will not honor what he signed," he added.

Sabal said the majority will not honor the memorandum issued by Pelaez.

Pelaez, for his part, said he only attested to the house rules but it does not mean he agreed to it.

He said he will only follow what is provided on the Local Government Code, even as he maintained that the house rules approved as a resolution has no legal effect.

He also claimed he tried to reach out the majority since the inaugural session so that this can be discussed but it was not realized.

Pelaez said he is prepared should the majority questions his actions in court.

Sabal said the majority is set to ask for legal advice from appropriate government agencies and will seek further legal remedies if Pelaez insists to override the voice of the majority.

"We are deciding what legal actions to make," Sabal said.

This is the second regular session that the board failed to tackle the agenda.