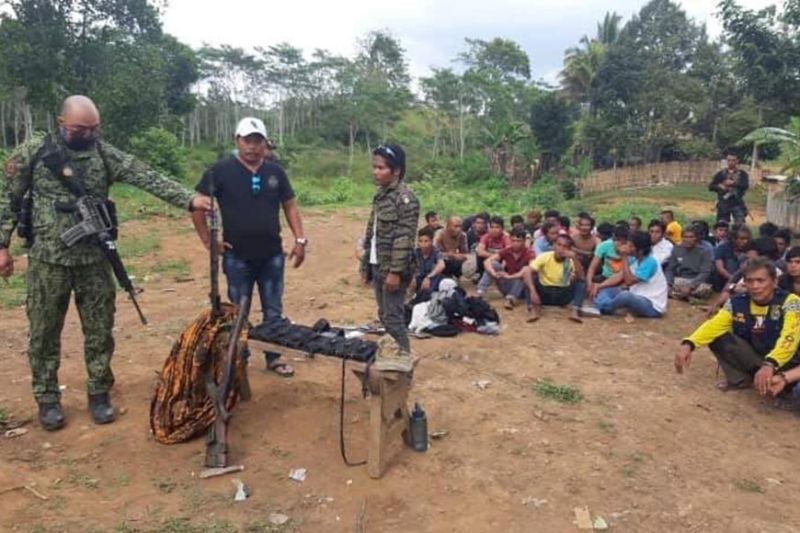 Police said the 40 were on board a truck and were on their way to the MNLF Camp Madaya Basak in Talakag.

Major Silvestre Asiong, Bukidnon police information officer, said they were allegedly in the town as reinforcement to help secure one of their members who shot dead a resident in the area.

"There was a shooting incident last February 21 where a man died and the suspect, is one of their members. We asked them to surrender the suspect and face the consequences. But instead, nag-request naman hinuon sila ug reinforcement, basin maka-cause pa ug tension sa area," Asiong said.

Authorities seized from their possession an M14 US rifle, fragmentation grenade, handheld radio and ammunition.