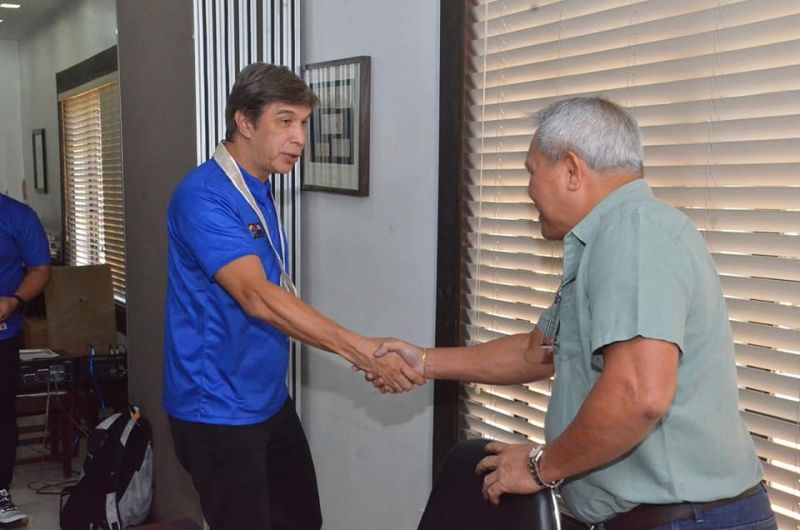 How well-respected the former PBA Coach of the Year is can be gleaned from the presence of bemedalled and vintage local hoop mentors such as Manny Diaz of Xavier University, Edgardo "Boy" Dacoco of Sacred Heart of Jesus Montessori School (SHJMS) and Rene Ilogon of St. Mary's School (SMS) who joined hundreds of clinic participants throughout Region 10.

Even the novice one could now identify the difference between "ball screen" and "screen away" and "box out" from "help side" after inter-acting with coach Jong and company on the basic fundamentals of basketball.

"With coach Jong's vast experience since amateur days with UAAP up to his glorious conquest in the PBA, it's just amazing how he shared well in details ang mga basic kaayo nga unahon gyod nato pag master in coaching basketball," said Martinez.

Catrina's better half in former Oro junior basketball MVP Ronald Rey "Boning" Biongcog was quite nostalgic after experiencing a post-Valentines date with coach Jong Uichico who led the Beermen to six PBA championships.

He remembered his former Corpus Chrtisti coach Hermogenes "Ansing" Anciado, formerly with Crispa-MICAA, and the basketball drills and knowledge that he used to share with them.

Newly-minted SBP Regional Director for Region 10 Stephen "Pong" Dacoco said after the SBP Coaches' Clinic and Accreditation for Level 1.2, the Level 2 seminar will follow probably in September this year.

"We're so happy for the participation of many coaches especially those from far away Tawi-Tawi. And we're very thankful to Cagayan de Oro City Mayor Oscar Moreno for rallying behind the momentous event that will surely upgrade the basketball know-how of our local coaches," the younger Dacoco said.