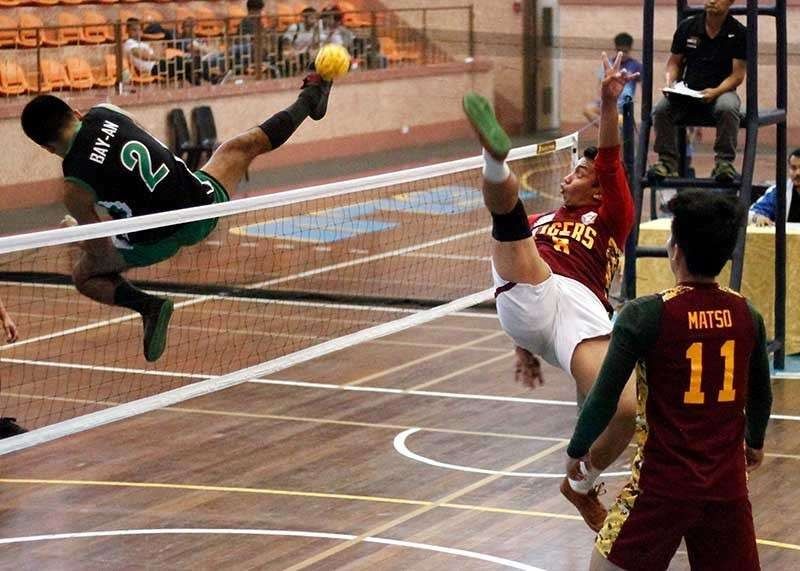 BAGUIO. In this photo taken in December 2018, sepak takraw players in the Baguio – Benguet Educational Athletic League seem to fly as they reach for the sepak and try to outpoint their opponent. (File Photo)

THE Senate approved on third and final reading a bill seeking to create the Philippine High School for Sports which will help develop and train future generations of Filipino athletes.

Under Senate Bill no. 1086, student-athletes will be allowed to enroll in a sports high school where they are provided with full or partial scholarships by the government. The students may choose their own track, which will not be limited to the sports track.

The school will be under the supervision of the Department of Education (DepEd).

Senator Sherwin Gatchalian, who chairs the committee on education, arts, and culture, welcomed the Senate’s approval.

“The most universally understood language is not English. Nor is it French or Chinese. Rather, it is sports,” said Gatchalian.

According to Gatchalian, the country has been lagging behind other countries in sporting competitions and events.

He noted that while the Philippines has been participating in the Summer Olympic Games since 1924, Filipino athletes only garnered 10 medals, and not a single gold medal.

Of the 13 Philippine athletes to participate in the 2016 Olympics in Rio de Janeiro, only weightlifter Hidilyn Diaz won a medal, a silver.

Gatchalian added that while foreign governments invest billions in their athletes, the Philippines allocated only P207 million to the Philippine Sports Commission for 2020.

The passage of SBN 1086 into law would establish a dedicated national high school offering a secondary course with special emphasis on developing the athletic skills of the students through subjects pertaining to physical education and sports development.

"The end view of this legislation is to unleash the potential of young Filipinos who have shown early potential of excelling in sports for a sports-related career," Gatchalian said. (SunStar Philippines)