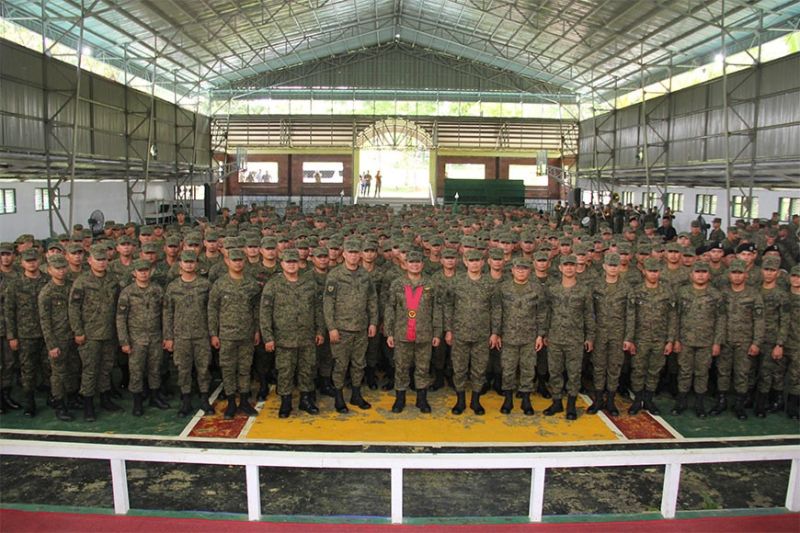 CAPIZ. Lieutenant General Gilbert Gapay, commanding general of the Philippine Army, poses with the soldiers of the 3rd Infantry (Spearhead) Division on Wednesday, February 26, 2020, during his first visit to Camp Peralta, Jamindan, Capiz. (Photo from 3IDPAO) 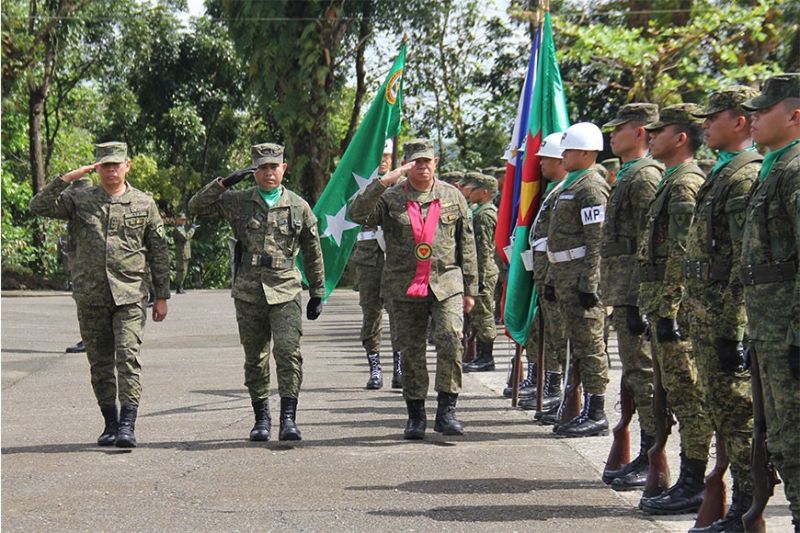 THE commanding general of the Philippine Army made his first visit at Camp Peralta, home of the 3rd Infantry (Spearhead) Division, on Wednesday, February 26, after assuming office in December 2019.

The commanders of the infantry brigades and battalions of the Spearhead Division were also present during the arrival honors.

An information briefing about 3ID's current thrusts and future endeavors was also presented to Gapay.

To boost the morale and welfare of the troops, Gapay spent time with the soldiers through a "Talk to Troops," a customary moment of the visiting top leaders of the Armed Forces of the Philippines (AFP) with the officers, enlisted personnel and civilian employees.

During the "Talk to Troops," Gapay personally don ranks to six senior officers of the 3ID who were recently promoted to the rank of full-fledged colonel.

Donning of ranks is also a time-honored military tradition that used to highlight the achievements of soldiers while emphasizing that great power comes with bigger responsibilities.

After his talk to men, Gapay graced the inauguration and blessings of the newly-renovated buildings of the division, including the barracks of the Headquarters and Headquarters Support Battalion and 6th Field Property and Accountability Office building.

Vinoya expressed his gratitude to Gapay for visiting and spending his time with the 3ID soldiers.

"CGPA (commanding general of the Philippine Army) will always be a source of inspiration and courage for Spearhead Troopers who are determined to perform their mandate of serving and protecting the people and the state. With his remarkable commitment to end communist insurgency, the 3ID is also a full force in supporting his leadership and the Philippine Army's journey towards the attainment of this aspiration," Vinoya said.

Gapay took over the command of the Philippine Army last December 6, 2019. His marching orders from President Rodrigo Duterte is to end the communist armed conflict. (SunStar Philippines)