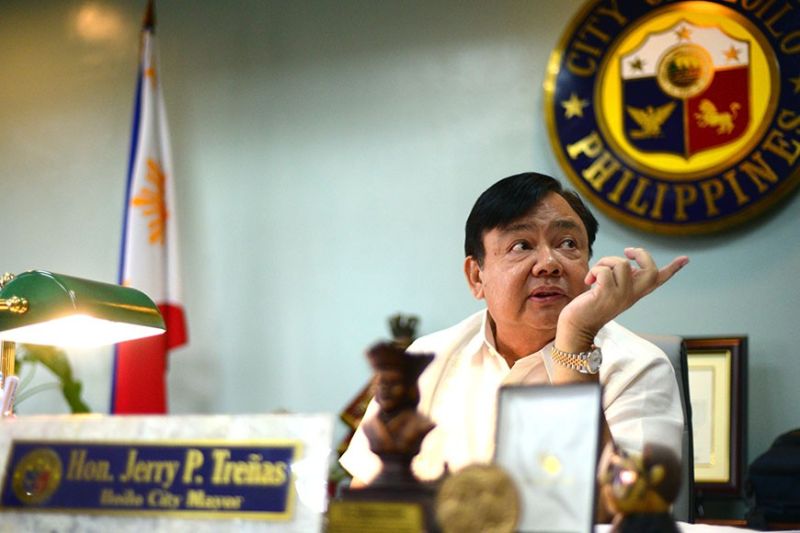 ILOILO City Mayor Jerry Treñas has ordered the suspension of all major gatherings in Iloilo City and urged travelers from South Korea to voluntarily submit themselves to self-quarantine amid the novel coronavirus threat.

Treñas, through Executive Order (EO) 38, which he signed Tuesday, February 25, said the suspension of all major gatherings is in compliance with the Department of Health's (DOH) advisory that urged the public to avoid attending, participating and organizing events that draw huge number of attendees.

He said it will take effect this February to March.

He also signed EO 39, urging travelers from South Korea to voluntarily submit themselves to self-quarantine amid the rising number of coronavirus diseases (Covid-19) cases in the East Asian country.

South Korea now has 1,261 confirmed infections of the virus and 11 fatalities from the Covid-19 illness it causes. Its Centers for Disease Control and Prevention reported Wednesday, February 26, 284 new cases.

"The EO that I signed yesterday (February 25) is for huge events because there are pastors who will visit for Run for Jesus event and will come from Daegu in South Korea where there's a lot of cases of coronavirus," Treñas said.

He said Daegu Mayor Kwon Young-jin urged the city' s 2.5 million people to stay home and wear mask since most of the new cases is linked to a church in Daegu -- the Shincheonji church, which has closed all of its 74 sanctuaries around the nation and told followers to instead watch its worship services on YouTube.

"Given the origin of the expected guests to Iloilo from Korea and the number of people who will be exposed to the danger, we highly encourage the passengers to voluntarily submit their selves to self-quarantine even if they do not fall under the category of persons under monitoring based on the decision tool of the DOH," Treñas said.

He said the move was made to protect the well-being of the residents of Iloilo City, as per Republic Act 7160 (Local Government Code of 1991), including their families, friends, and colleagues, among others. (SunStar Philippines)