Driver saved from major injuries due to seatbelt 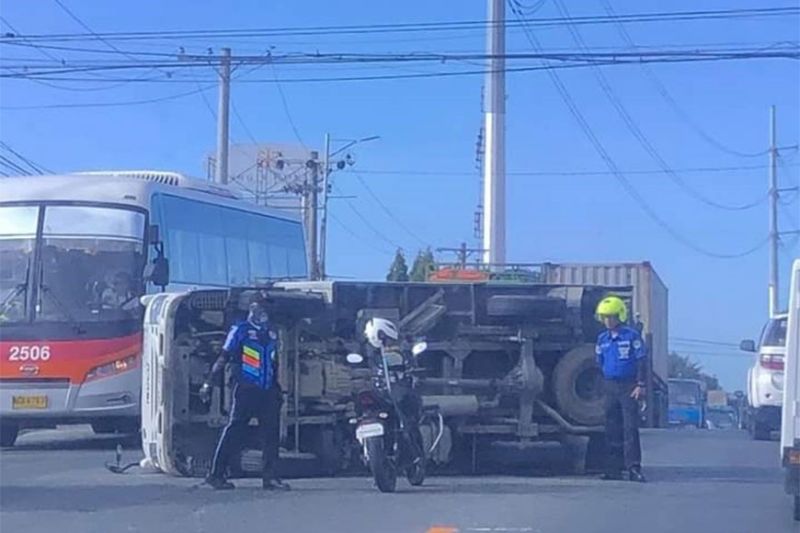 PAMPANGA. Personnel of CSF-TMD assist in the traffic situation along Barangay Magliman after a van turned on its side and caused a gridlock in the area. (CPOSCO photo)

A CARGO closed van turned on its side along Jose Abad Santos Avenue in Barangay Magliman, City of San Fernando Tuesday morning, but the driver fortunately did not sustain any major injuries.

City Traffic Management Division head Willie Manaloto said the driver was saved from major injuries and even death due to his wearing of seatbelt.

"This is an evidence of how important wearing seatbelts are. Accidents happen, despite our carefulness. But we can prevent fatalities by wearing safety gears and mechanisms, including seatbelt," he said.

Manaloto reminded anew motorists to observe traffic rules and regulations as it is intended to safeguard both motorists and pedestrians from accidents.

He cited Department of the Interior and Local Government (DILG) Memorandum Circular 2019-181 dubbed as "#Disiplina Muna," which is strictly enforced in the city.

"Let us protect each other by instilling discipline and having respect for each other. Let this incident be a reminder that discipline can save lives," he said.

Manaloto, meanwhile, said that the van, which was caused by self-accident, was already taken off the road.