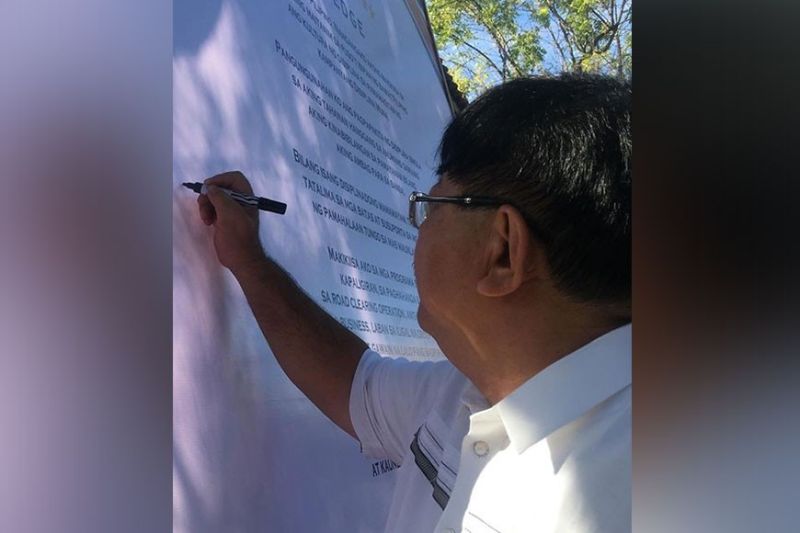 GUAGUA Mayor Dante Torres led officials in throwing their commitment to the Department of the Interior and Local Government's (DILG) national advocacy campaign for a culture of discipline dubbed as the "#Disiplina Muna."

Torres led the signing of the commitment board in front of the Guagua town hall the other day along with local town officials, leaders and employees, as well as sector leaders in the town.

The campaign is anchored on the Philippine Development Plan (PDP) 2017-2022, which aims to lay down the foundation for inclusive growth by ensuring people-centered governance toward Ambisyon Natin 2040, which envisions a "matatag, maginhawa at panatag na buhay para sa lahat."

The creation of the Disiplina Muna National Policy Advocacy Campaign, the DILG said, provides guidance to all local government units and heads of attached agencies on the concept and importance of the culture of discipline.

The Disiplina Muna aims to activate the real concept of governance where the citizenry is aware of their roles and responsibilities and are practicing active citizen participation in nation-building.

The campaign enjoins local chief executives and heads of attached agencies to lead the campaign in their respective local government units/attached agencies by undertaking relevant advocacy activities promoting the culture of discipline among their constituents and stakeholders.