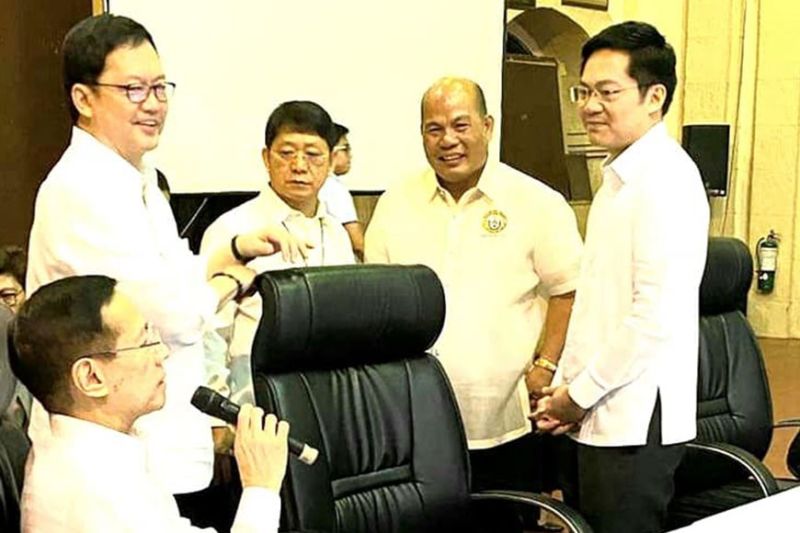 CAPAS Mayor Reynaldo Catacutan lauded the government for including the town officials in the Covid-19 inter-agency meeting for the quarantine of 445 Filipinos who arrived at the New Clark City at dawn Wednesday, February 26.

Catacutan said the people of Capas town "deserve to know and be involved [in the quarantine process] after becoming host to two batches of repatriates at New Clark City. Capasenos are now in the bigger picture of this international health concern."

"Balen Capas appreciates its inclusion in discussing the nitty-gritty of Covid-19-related quarantine," the mayor said.

He said his inclusion in the inter-agency meeting will help a lot in disseminating information to his constituents.

Providing sufficient information will draw support and negate misinterpretations and doubts from the residents, according to the local chief executive.

The Filipino repatriates, including members of the medical team and flight crew, arrived in two batches at 10:10 p.m. Tuesday, February 25, and 12:12 dawn Wednesday, February 26, at the Haribon Hangar in Clark Air Base onboard Philippine Airlines (PAL) flights PR8423 A330 and PR8421 A321.

The crew of coronavirus affected M/V Diamond Princess cruise ship, which was quarantined in Japan, were fetched by the Philippine quarantine and medical team in Haneda airport in Japan after completing a 14-day quarantine.